Following news that former Fugees member Wyclef Jean would be releasing an autobiography titled Purpose: An Immigrant’s Story which would partly delve into his turbulent relationship with former band mate Lauryn Hill, many were surprised at Hill’s lack of a response. Fast-forward several months after the release of Wyclef’s book and Hill has finally responded to the claims made in Purpose.

While Hill never used Jean’s name in the comments at her Dallas concert with Nas over the weekend, her words seemed to be aimed directly at her fellow band member who she referred to as being a pawn in something bigger.

The New Jersey-based rapper/singer concluded her comments with a confident mention about the truth always coming to the light.

“I’m not going to play my hand like the suppressive system would have me play my hand. Because I know the oppression that took place in Haiti and Jamaica and America and Africa and Europe. So just be patient…And the truth will always surface,” Hill revealed. 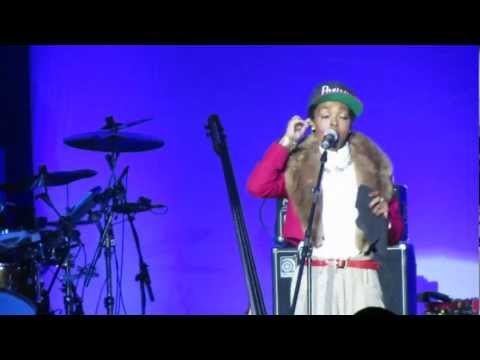