Saigon Says He Was Almost A Part Of G-Unit, Breaks Down The Title Of His Album

While being interview by ThisIs50.com, it seemed only fitting that Brooklyn rapper Saigon would hit viewers with a never before told story about 50 Cent. In his brief story, Saigon commented on rolling with both Fifty and Sha Money XL during the rappers early days as an Interscope Records signee.

Saigon also revealed that he was practically a member of G-Unit and was present during the recording of 50 Cent’s record, “After My Cheddar.”

“I’mma keep it one-hundred. This is when Fif had just got the deal with Em,” said Saigon. “Untold story, this is the first time I ever told this story…I was damn near part of G-Unit. That’s where it was going. You don’t understand, I was in the basement with these dudes. I was in the basement with Sha and Fif. I was there when they were recording, ‘You’re after my cheddar…’ I was watching them in the booth like this kid is onto something big…He a good dude though, he got a good heart. Cause he embraced me from the start.”

With his The Greatest Story Never Told Chapter 2: Bread And Circuses album released earlier in the week, Saigon of course spoke on the project, specifically the reason behind its title. According to the New York emcee, the Bread And Circuses part of the album’s title stems from an old Roman ideology.

“I’m an avid reader, I read a lot. Bread and circuses was an ideology in Rome. When Rome was like America, Rome used to be the superpower of the world. So when Rome was like America they had this shit called bread and circuses which was to pacify the masses,” Saigon explained. “Give ‘em and food and entertainment and they’ll be so caught up in shit while we over here, the government, doing real shit. We over here stealing the oil. We just telling nigga’s gas prices high. We don’t tell ‘em why…Meanwhile we’re so entertained all year round, but there’s never no time to really sit and think.” 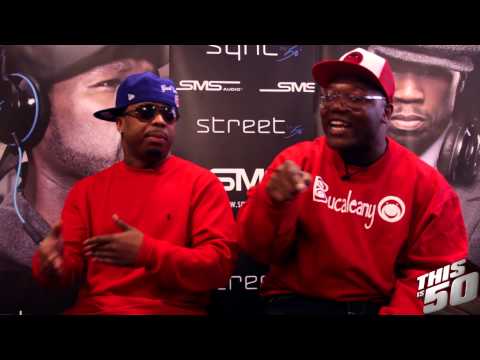 RELATED: Saigon Speaks On Why Rap Has Lost Its “Realness,” A Possible Hand In Ludacris’ “Runaway Love”