dead prez has announced its signing to Krian Music Group and their new album Information Age, releasing digitally on October 16th and physically on January 22, 2013.

According to a press release, the duo, which consists of stic.man and M-1, “embarks on their politically driven, revolutionary and eye-opening missive about hot button topics such as government control, health care and economic class.”

“We feel very positive about our joint venture with Krian. We’ve had a great relationship with Royalty network for many years,” said the group. “Dead prez has always prided ourselves on our independence and integrity and we were able to form a partnership with Krian that can appreciate what dead prez’ significance to the culture is and has the capabilities to help us reach bigger goals with the Information Age album around the world. Team work makes the dream work!”

The pair last released a studio album with 2004’s RBG: Revolutionary Bug Gangsta, and have since dropped solo projects and mixtapes.

Check the cover art for Information Age below. 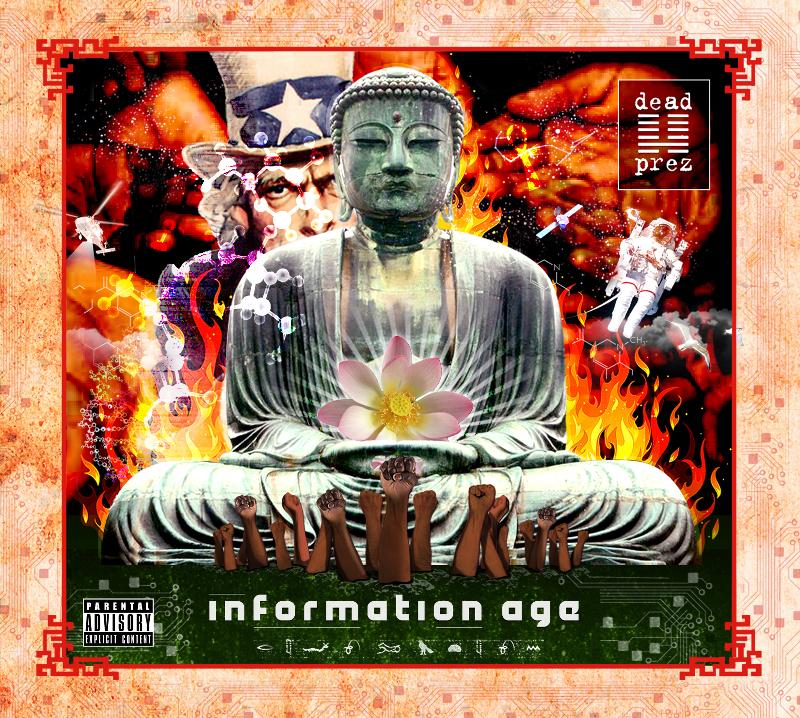