In a recent interview, Lupe Fiasco said he’s a fan of certain artists but added that he doesn’t feel he needs to collaborate with everyone. According to Fiasco, sometimes a collaboration or a meeting could “taint” his appreciation for another artist’s music. Due to this, Fiasco shared that he doesn’t necessarily want a collaboration with Kendrick Lamar but that he’d “rather just stay a fan.”

In the interview with Hardknock, Fiasco was asked if he’s worked with “the younger generation,” specifically Blu and Kendrick Lamar.

“I’ve met all of them. I’ve actually worked with Blu on the ‘Beamin’ (Remix),’” he explained, before speaking about Kendrick.

“I’ve bumped into Kendrick in different places and what have you. But it’s less me wanting to collaborate and it’s more me just wanting to be a fan. I don’t want to be a part of it, not off of ego or pride but it’s more so to let me just watch it.”

Fiasco continued by saying he would rather remain at a distance to enjoy the experience as a fan.

“Let me enjoy it from a distance and not feel I’ve got to be a part of it to make this…I just want to see them succeed and it not to be tainted. Sometimes when you meet somebody, it kind of taints what they make. It becomes a different experience. I’d rather just stay a fan. I don’t want to come backstage. I’m happy in the crowd. But we’ll see.” 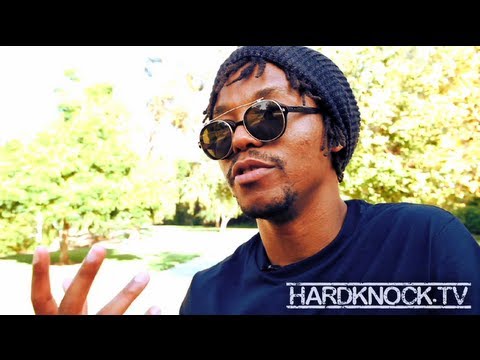