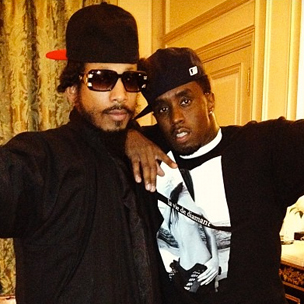 Po, who reconciled with his former Bad Boy boss earlier this year, says that he recorded the track years ago but decided to release it after Diddy failed to make good on a few promises. Puff offered him money, which he declined, as he preferred that Diddy lobby on his behalf to get a U.S. visa. He also says Diddy ignored his request to tweet about a White House petition for Shyne to be allowed back into the country.

Shyne also says that Diddy should take care of the mother of his late bodyguard Anthony “Wolf” Jones, who was killed in 2003.

“Look, I seen the plot / What he did to Mase and did to LOX / What he did to Wolf and he did to [Ak] / God bless the dead, Notorious Pac / Why would I think that I was different? So I just sat in the distance,” he raps on the cut. “This kid got millions, that’s how he talks / Should’ve took that paper, made his soul walk.”

RELATED: Shyne Speaks On Importance Of Squashing Beef With Diddy