Wiz Khalifa doesn’t usually bust out the big guns for guest features, but he decided to use his “Rap powers” for the remix to his single “Work Hard, Play Hard.” During an interview with Cosmic Kev, the Taylor Gang leader confirmed Drake and Lil Wayne for the new version of the cut, stating that he had them send verses over e-mail.

“I also got a remix, man. A remix that I’m really, really excited about,” he said. “Chevy’s not on it. Chevy’s on the album. I went big for the remix. I went different than what people usually expect from me. I usually don’t use my Rap powers, and talk to the people that I could talk to get stuff done. I usually just be thuggin’ it out. But I took the thuggery off and I talked to Wayne and Drake, because I got Rap powers. I got verses in my e-mail, too.” 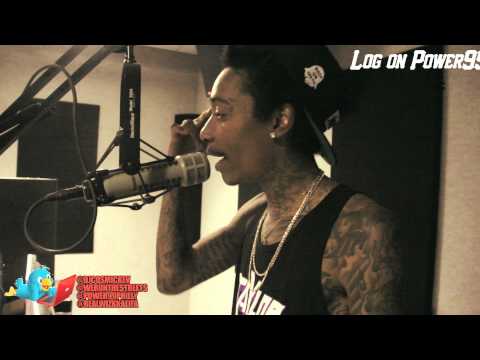 RELATED: Wiz Khalifa Says He Gets His Swag From His Dad, Speaks On Snoop Lion’s New Name