As a member of Dr. Dre’s Aftermath roster, Kendrick Lamar has one of the most anticipated albums of the year. Part of that also has to do with his critically acclaimed Section.80 project, released last year. However, the Compton emcee recently explained that his next album, good kid, m.A.A.d city, will be unlike his last release.

“I love the element of surprise,” Lamar explained in an interview with GowhereHipHop. “I didn’t want to do nothing the same way as Section.80. I always want to challenge myself and take it to the next level.”

K. Dot also went on to discuss the co-signs he has been given from stars in the music industry, saying that it means a lot because he feels it is genuine.

“I love it just off the fact that they’re genuine fans of the music,” he shared. “Everything came organic. People would probably pay millions of dollars to get these people to back them but they just love my music…and they do it from a good space in their heart. I honor them for that. [Dr.] Dre, Lady Gaga, a few other big names. It’s cool that they acknowledge the work because I put a lot of grind into this.”

For more from the video, check the clip below. 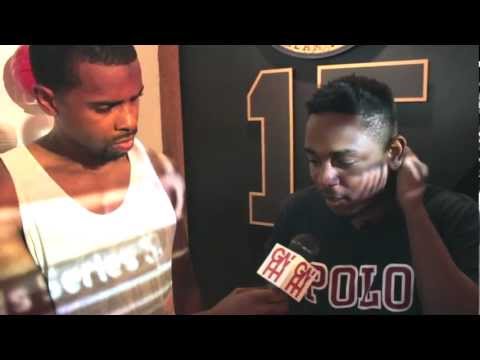