With an EP, a host of celebrated videos and a 2012 XXL Freshman title under his belt, Macklemore has managed build a major following under his DIY-driven music. Now, it looks like he and producer Ryan Lewis are gearing up to give fans their official debut The Hesit this fall.

The Seattle duo recently revealed on their website that they will be releasing their debut album The Heist this October 9. The album, which will be released independently, is their first project since 2010’s re-release of their debut The VS. EP.

In conjunction with their new LP, Macklemore and Ryan Lewis are planning to hit the road beginning this August on a world tour, with the first 40-dates starting in the states. The Heist World Tour will begin this August 5 at Lollapalooza and continue until early December.

Check the flier below for a complete tour listing. 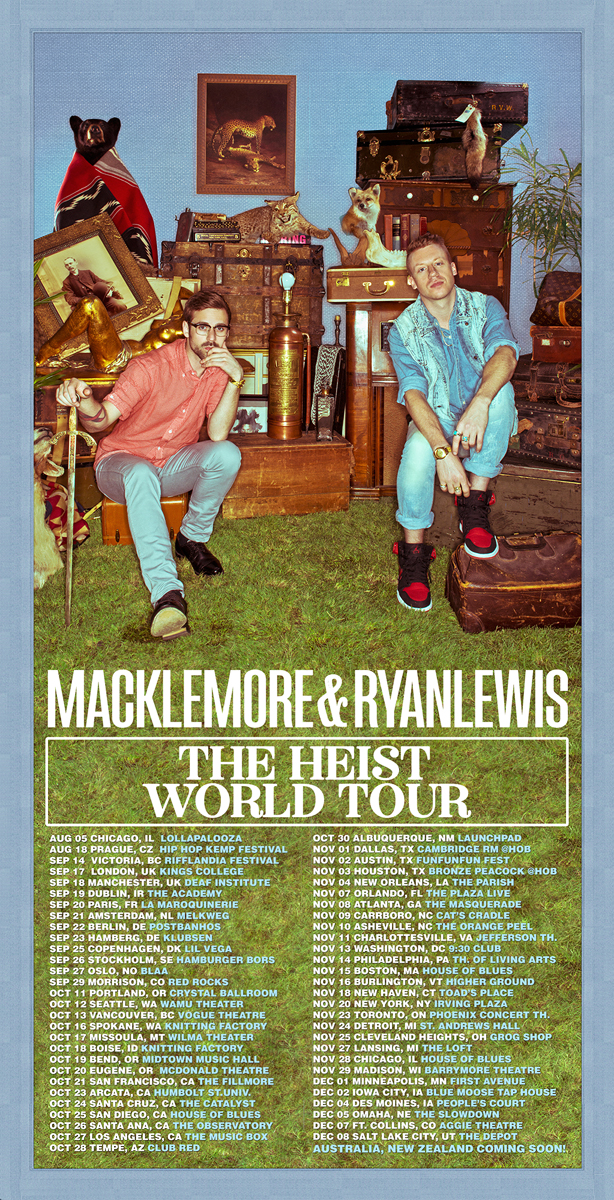 UPDATE #2: NPR has released a full album stream of Macklemore and Ryan Lewis’ upcoming album The Heist. Head over to NPR.org to hear the LP in full.