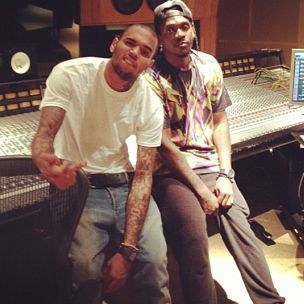 Last night, G.O.O.D. Music emcees performed at the BET Awards and “New God Flow” was premiered. Before the show, Pusha T spoke with VIBE about the song and explained the title. He also spoke more about his collaboration with Chris Brown and their ties to Virginia.

“It’s just upper level hip-hop,” he shared of “New God Flow.” “It’s just my way of saying that my level Hip Hop and level of lyricism is just Godly.”

P also discussed his recent collaboration with Chris Brown, saying more will be announced about that track at a later time.

“Me and Chris, we’re both from Virginia and we just made a banger. Y’all will hear about that soon,” he said. “I just like to throw out records and wherever they land, they land.”

Pusha also shared that “New God Flow” will be the next single off Cruel Summer, the G.O.O.D. Music compilation disc which will be out in August.