Kelis Addresses Nas' "Life Is Good" Cover Art: "For Someone To Be Genuine Is Awesome" Earlier this month, when Nas revealed the cover art to his upcoming album, Life Is Good, it featured a picture of the Queensbridge emcee sitting with his ex-wife Kelis’ green wedding dress on his lap.

In a recent interview with NME, Kelis gave her opinion on her ex-husband’s choice for his album’s cover art.

“My feelings about it are not relevant, but at the end of the day, Nas is an artist,” explained Kelis. “And for whatever it’s worth, he’s one of the greatest, especially for what it is that he does.”

Kelis continued, adding that the choice in art showed an honest side of Nas that she appreciated, while adding a careful caveat. “For me, I feel like, especially for someone in Hip Hop, to really kind of be genuine and honest – whatever the honesty is about – I think it’s awesome.”

“My feelings about it aren’t necessarily valid, it’s just the fact that, as an artist, I can respect that he wears his feelings on his sleeve. I like that.” 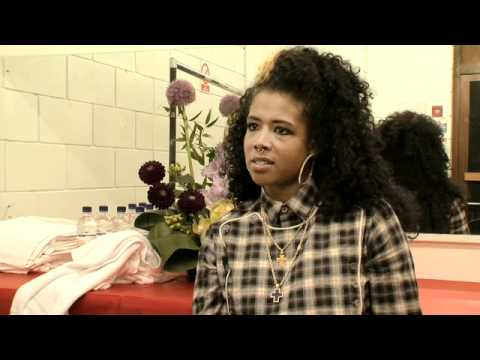