Jay-Z and Kanye West broke their personal record for performing “Ni**as in Paris” the most times during a stop on The Throne tour.

During their appearance last night at Paris, France’s Palais Omnisports de Paris-Bercy, the duo ripped through the Hit-Boy-produced anthem 12 times.

The stunt topped the previous record, which was set at the same venue when they performed in Paris earlier this month.

The pair are currently wrapping up the overseas leg of their tour. Later this week, they will perform in Sheffield, England at the Sheffield Arena and complete the international trek at Birmingham, England’s LG Arena.

Check the video below (via RR). 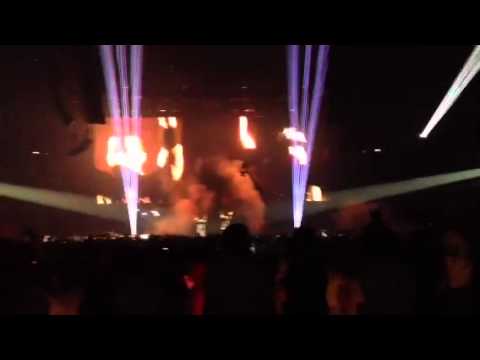