Back in 2005, Lil’ Cease took the stand and testified against Lil’ Kim in her perjury trial that eventually led to her spending a year and a day in prison. But he maintains that he never snitched on his former ally.

During an interview with ThisIs50.com, Cease-A-Leo said that he never said anything that led to her guilty verdict and that he was a victim of media manipulation.

“The way the media made it, they made it seem like it was something more than what it was. It wasn’t that much of a thing. Just the fact that I was on that stand, it made it look funny. It’s public records, it’s paperwork. I can’t hide my government name. I put out albums before. My name is James Lloyd. If you go down to the federal plaza, you can get a case number. You can buy the paperwork and see what I actually said.”

He said that he couldn’t have said anything that would have put her behind bars. The Notorious B.I.G. protege continued by explaining that perjury was her own undoing and that he would still like to reconnect with her on the basis that they have history (“I love you like a bag of weed,” he said).

“She wasn’t in a situation for me to say something that would send her away. Maybe the people around her made it look that way or she felt that way because of the situation she was in, but I just felt like it was a situation where she could have done things to change things and she didn’t. But it was nothing that nobody said on my end, as far as anybody. Not just me, but anybody from the M.A.F.I.A. Nobody said nothing that sent her away. I think no matter how her situation would have went down, she would have still went away for the things she lied about. There’s nothing that we discriminated on.” 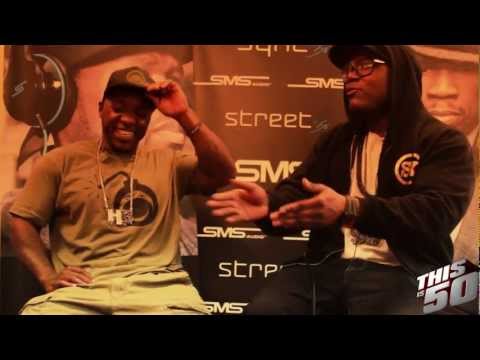