Detroit, Michigan is home to Eminem—the most commercially successful artist of the aughts. The Motor City also birthed Dilla, the man universally recognized as one of the best producers ever. Despite claiming Slum Village, Dwele, The Hip Hop Shop and a style of music that was the precursor to today’s EDM subgenre, many feel Detroit hasn’t always embraced its own. Producer and DJ, House Shoes—a Detroit native turned Los Angeles resident—had no shortage of opinions on the matter. And explained The D’s unorthodox relationship with some of the city’s artists.

“Nobody in Detroit gives a fuck about Detroit Hip Hop,” House Shoes quipped, in a recent interview with Behind Closed Doors. “Nobody in Detroit knows who Dilla is. Nobody in Detroit knows who Black Milk is. It’s pretty much a dumb ass city. It’s a city of followers, and they’re on that radio shit. The Hip Hop circle is very small, and it’s frustrating because you get stuck in that vein of trying to earn the respect of a city that’s never really going to respect you. They look at you like you a weirdo—like, ‘Why does your music sound like that?’”

Ultimately, House Shoes chalked it up to people not understanding Detroit’s global influence. He said that he continues to represent for his city even if the feeling is not always mutual outside of his immediate circle.

The brief civic reprimand aside, the interview also featured some fond memories of Detroit—including learning MPC 3000 tips from the late Dilla. In addition to displaying some turntable, sequencing and sampling skills, House Shoes ran down his bio, which dates back to 1994. The full interview, which also includes an anecdote about coming full circle with a Tito Jackson sample while in Los Angeles can be seen below. House Shoes’ debut producers album, Let It Go drops on June 19 via Tres Records and features vocal appearances from Danny Brown, Black Milk, Alchemist, Roc Marciano, Oh No, MED, Guilty Simpson and many others. 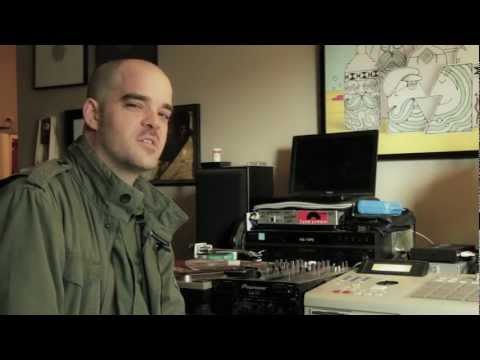