The three songs the HipHopDX staff picked this week really have little in common besides being, well, dope. One is from a Brooklyn Hip Hop veteran, who has been included in these Sunday segments several times in 2012 between his production and hand in two full-length albums. The other is a bit of a mystery, hailing from Kentucky with a plethora of “Old West” rappers showing out for the cause. Lastly, a veteran New York mixtape emcee teams up with a contemporary for one of his best works to date. These three are all over the place, but what’s not to love?

As much as I claim to detest gigantic posse cuts, I sure do love choosing them for my Slept-On picks. This one I feel totally slid under the radar. We posted it on Memorial Day, and I actually had to circle back to it later in the week to even realize how good the track is. Kentucky’s Audio Stepchild (shout out to Jonathan Hay and Chad Kiser) are pretty consistent with dope tracks, but I feel like they get lost in the mix of the million other collectives that infiltrate Hip Hop. If you haven’t checked them out before, definitely do it now and start with this track. “WatchOutBoy” feels like an old school barbecue (how appropriate we posted it on the unofficial national day for grilling). It’s full of just fun-filled vibes that all meld together into one long 11-minute monster mix. From the opening drums and horns to the interpolated “Maneater” hook and the samples/ad-libs, this cut is just a party in itself. Sometimes artists have a tendency to overproduce their tracks, but in this case the subtle nuances make the song. Plus, for me, Jayo Felony and Knoc-Turn’al on the track were an added bonus. You could literally throw this track on and be taken to a totally different era – not in a dated sense, but in a memorable one. So this Summer, when you’re chillin’ and grillin’, throw this track on and watch everybody nod their heads. – Kathy Iandoli (@kath3000)

In one fell swoop Smoke DZA’s “Ashtray” featuring Schoolboy Q and Domo Genesis shows that the strength of the three most important crews in Hip Hop – Jet Life, TDE and OFWGKTA – can be attributed to the sum of their parts rather than the buzz around their “star” member – Curren$y, Schoolboy Q and Tyler, The Creator, respectively. This is also the perfect track to drop at the exact halfway point of 2012 as it contains the artists responsible for some of my favorite moments during the last six months – Schoolboy Q’s Habits & Contradictions, the omnipresence of 2 Chainz (in guest or sampled form) and the production of Harry Fraud who here delivers another beat that is as big and as cinematic as the brilliant “Bird On A Wire.” Thanks to “Ashtray” and the earlier leak “Kenny Powers,” I can also say one of the things I’m now most excited for due out in the latter half of the year is DZA’s Rugby Thompson album. So check out the track and discover all the talent you may have missed and the names you now need to be watching for. – Michael Sheehan

I love the month of May that El-P had. One of the most forward-thinking Hip Hop producers and emcees not only produced what’s being widely debated as Killer Mike’s best album, he made what just might be his own. Cancer 4 Cure is a dense listen, as is the case with most of El’s projects. However, the video reveal from earlier this week brings out the sense of humor from the Company Flow co-founder that’s often overlooked in his verses. Joined by an ill-willed rodent, El has a journey that includes muscle cars, hookers, booze and dope, all while his new single plays. This is a fun-spirited video where it’s easy to trace Co Flow and El’s influence on so many of today’s top teen-aged emcees. This is one of the best videos I’ve seen this year, and a great visual to one of the year’s best works so far. 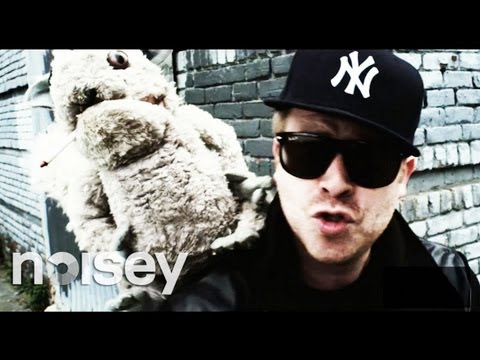