This week’s three artists are all due-payers about to breakthrough. One has two solo albums out that went under many radars. A new deal promises to make him Missouri’s next Rap star in a series of chart titans. Another is the latest Zone 4 Atlanta emcee to kick a dent in some power-play positions. He has a deal with CTE, and is waiting his turn to help Young Jeezy make a mark as an executive. Finally, one of the most talented New York producers and one of the most talented New York-based emcees team up to show the world why they deserve to be beyond the blogs and sites, and on radio and television.

J57 is a really smart producer. I say this because I worked with him at Fat Beats NYC years back and became very familiar with his production style during the genesis of the Brown Bag AllStars. He never ceases to amaze me though, and on “Like a Prayer” I love his playful production and intricate chopped samples that substantiate exactly what Nitty Scott MC is trying to say on the track. The song is deeper than it appears, with Nitty sliding through a variety of religious conflicts, from family to life in general. She discusses her questioning God and trying to place God within the context of her family, who all have varied religious obligations. Meanwhile, J57 throws a perfectly placed Biggie sample among others to keep the God theme going. The song is a dope balance of two talented individuals part of the new generation of Hip Hop. I’m glad they’re both doing their thing and I look forward to them both becoming superstars. – Kathy Iandoli (@kath3000)

Listen To “Like a Prayer” by J57 f. Nitty Scott MC

Scrilla couldn’t have picked a better time for the latest leak off his upcoming mixtape, The Demonstration. Normally a title like “Fuck Dat Talk” doesn’t offer a lot of promise for biting social commentary but since Scrilla appeared on both my favorite track off Freddie Gibbs’ Cold Day In Hell and Young Jeezy’s The Real Is Back 2 and Killer Mike’s R.A.P. Music is currently in my top spot for Album of the Year, I figured there must be some magic lurking under the surface. Thankfully “Fuck Dat…” made me realize I prefer healthy anger to magic. It’s a CTE-meets-GTO banger that holds the added bonus of being relevant right this minute. As Weezy fires “Goulish” blanks at Pusha T who had told Young Chop, still angry at Kanye West, to keep the garbage beats, beats like the one Pete Rock is mad at Lupe about, Scrilla offers up a rallying cry, “I’m getting tired of you motherfuckin’ rappers actin’ tough with this Internet shit…” My sentiments exactly. – Michael Sheehan

One of the things I love most about my friends at Strange Music is how they can improve the lives of talented emcees. Stevie Stone first came onto my radar when he was signed to Ruthless Records for a 2009 DXnext look. Along with Hopsin, Stone was a wildly talented artist and a challenge for the once reigning independent imprint. Beginning with some tours with Tech N9ne and crew, Stevie has rocked many stages and earned many stripes towards his Strange debut. Like Jay Rock last year, this is a turnaround from fruitless label paperwork to a sustainable career. For anybody losing track of all the new faces at Missouri’s Strange, or doubting their merits, this label-made low-key video solves it. “Get Buck,” shot seemingly impromptu in one of Strange’s several garages shows what a seasoned performer looks like. Speaking firsthand, Stevie’s live show is not to be missed, and with an album in tow, he’ll be in a city near you again soon. – Jake Paine (@Citizen__Paine) 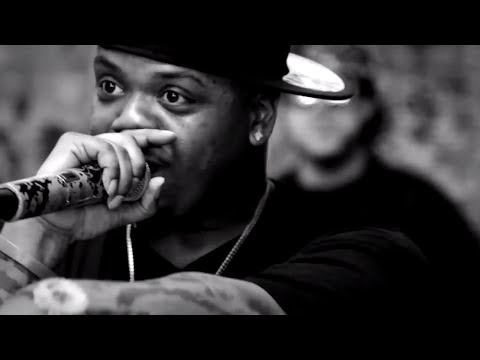