During last week’s Maybach Music Group press conference, Rick Ross announced that Omarion was the latest to join the team, which also consists of Wale, Meek Mill and Stalley. Stopping by Hot 97’s Cipha Sounds and Rosenberg Show, Maybach O explained how he linked with the squad and how a trip to Miami, Florida sealed the deal.

“I saw [Rick Ross] in North Carolina, and I was telling him, I’m about to do this certain type of deal and I need a track. He was like, before you do that, we need to have a conversation. I went down to Miami, and I played him some records and then he was like, ‘This is easy right here,'” he said.

The former B2K member denied claims that he would be changing his name to Maybach O, to which he was referred during the press conference. “That’s actually just a nickname that everybody calls me. That’s really funny. I think people were getting confused, though I was changing my name to Maybach O. No. That’s my nickname, I call myself Maybach O. That’s my AKA. I’m not changing my name.”

Rosenberg addressed the unlikely signing of an R&B artist to MMG, considering that it’s made up entirely of rappers. Omarion said that the essence of MMG’s movement is soul music, and that’s why he fits in with the team. “I like to think that music, it’s all relative. It’s all emotional, it’s all lyrics. That’s one of the types of things I talked about with Rick Ross. He said, that’s our core. It’s soulful music. You can’t get soulful music without singing. To answer your question, I would say just wait and listen to the music we got coming.” 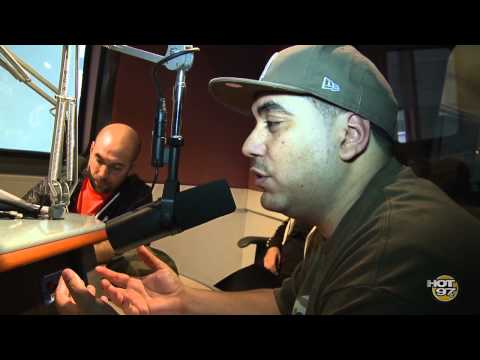