Lupe Fiasco recently revealed that he had completed recording tracks for his upcoming album Food & Liquor 2, the sequel to his 2006 debut. During an interview with FUSE, the Chicago, Illinois rapper confirmed plans to make the project a double-album and explained that while recording it, he wanted to get back to what made his first record such a hit amongst fans.

“Food & Liquor 2 is the follow-up, the sequel to my first album Food & Liquor. This is my fourth album, and this is actually a part one and part two, it’s a double album. With this record, I wanted to go back to the essence of what made that record so special, the frame of mind I was in when I did Food & Liquor the first time,” he explained. “It’s the Lupe Fiasco I want to be, without the industry constraints, without the trying to please the hardcore fans or get the new fans. It’s just what I would do for myself if nobody ever heard it. This is the kind of music I would make. It’s a masterpiece. It’s real fucking good.”

He also said that the album single will “hopefully” arrive on May 22nd. But he spoke to a particular song from the album, “Form Follows Function,” explaining that it’s one of his best songs and that “nobody’s fucking with that.”

“There’s a joint on there called ‘Form Follows Function’ that is a monster. It’s a monster. Nobody’s fucking with that, I just put that out there. Any other records I give other rappers and musicians, you could possibly do a better song than those. But ‘Form Follows Function,’ rappers ain’t fucking with that. That’s how good it is. I’m not being egotistical or anything. You just can’t fuck with that.” 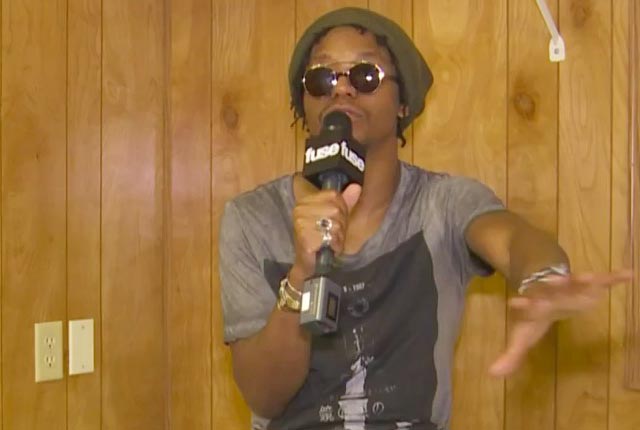