While New Jersey producer Just Blaze may primarily be known as a Hip Hop producer, in a recent interview with HardKnock.tv he says that he grew up listening to house music and even tried his luck at several dance tracks in the early 2000’s.

“I grew up on house just as much as I grew up on Hip Hop. So I was probably trying to reintroduce ‘Hip-house’ too early,” said Just Blaze after mentioning dance tracks he created for Rah Digga and Joe Budden. “But I mean it’s cool. It’s great because again that just opens the door for us to be able to play both at a party without it being a weird thing. Cause there was a certain point where if you played one at a party you wouldn’t play the other. It was either a Hip Hop party or a house party…I kinda feel like where music’s at right now you can play a little bit of everything.

Fans of Just Blaze’s work with Jay Electronica may be a bit disappointed to hear that the producer hasn’t been at work with Electronica since his move to London. Just Blaze explained that since Electronica now lives overseas it’s much harder to work together.

“Jay moved out to London. Jay’s got a situation in London. He’s doing good out there. He’s happy out there,” Just Blaze explained to HardKnock.tv. “I personally, I can’t be out [in London]. My life is here in the U.S. We’ve gotten back in the studio, we’ve sat down, we’ve chopped it up, we’ve exchanged some ideas and what not but in terms of being heavily at work we’re not really.”

Despite not working together in the studio recently, Just Blaze and Jay Electronica did release their track “Dear Moleskine” 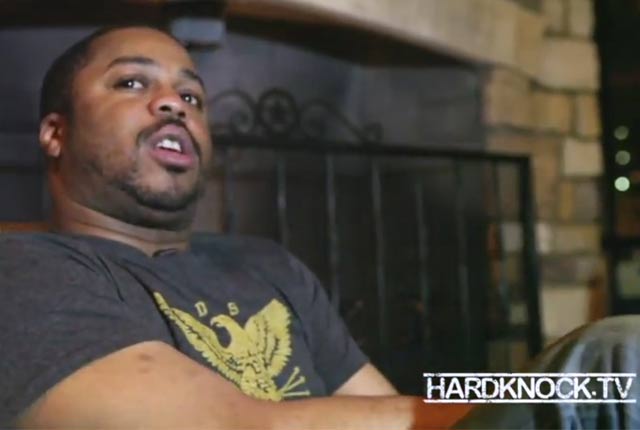