Curiosity about Nicki Minaj abandoning Twitter has apparently caught on overseas, as the Young Money rapper broached the subject on a British talk show.

“A voice in my head told me to delete Twitter, and that’s what I did,” explained Nicki on “The Graham Norton Show.”

When asked who her 11 million followers will follow now, Nicki replied, “I hope they’ll wait for me,” seemingly implying that she would return to the wildly popular social networking platform.”I know they will.”

Nicki also discussed her song, “Beez In The Trap.”

“It just means, ‘I am always…’ you know, that’s our slang way of saying, ‘I beez doing such-and-such-and-such.’ So it’s really like, ‘I am always in the trap.’ Now, the trap, ladies and gentlemen, relates to anywhere where you get your money.” 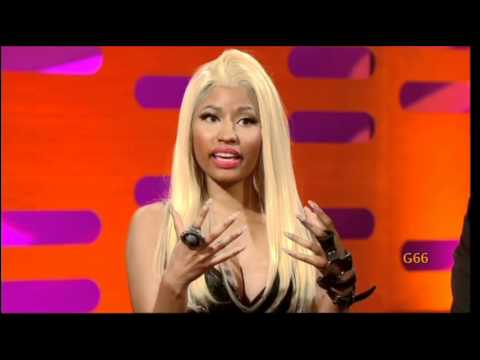