This Sunday’s songs from the week include one of the biggest producers from the early 1990s Bay Area movement, and some dues-paid veteran emcees on the track. Also profiled is a rising star signed to one of the biggest labels in Hip Hop and a relatively unknown artist who had the interwebs abuzz last week with a powerful video that illustrated his deep songwriting and powerful words. This is all Hip Hop worth saluting…

For argument’s sake I’ll divide Hip Hop fans this weekend into three groups. First there are the thousands of people waiting in anticipation to see – live or via stream – Dr. Dre, Snoop Dogg and a hologram that looks and sounds like Nate Dogg take the stage at Coachella to perform songs that are 20 years old. The next group stretches coast-to-coast and includes everyone who is listening to a shouting mixtape deejay and a flavor-of-the-month emcee rhyme over what seems like the thousandth beat this month to use paper-thin 808’s and a slight variation of John Carpenter’s Halloween theme. I’m in the third group – it’s a lot smaller but hopefully others are with me – driving around with the windows down listening to tracks like E-A Ski’s “Off The Radar.” Also featuring King T and Young Maylay, this new track from the pioneering Oakland producer/emcee is a welcome antithesis to the previous examples. It proves that three legendary West Coast rappers can still create new material that sounds fresh without resorting to gimmicks or nostalgia. And “Off The Radar” also proves that, yes, Hip Hop really still can bounce. The rhyming is quintessential relaxed California; half bored / half amused by the latest crop of predictable amateurs and fake tough guys. And the beat is one of 2012’s best so far. With each bar comes a new surprise, an added layer or instrument that makes the verses feel progressively darker until they culminate with the refrain lifelong fans of raw Hip Hop can all agree with “I’ve seen em come, I’ve seen em go…I saw em then, I saw em blow.” Sunday still isn’t done, so download the track and join us. – Mike Sheehan

I must admit, when unreleased tracks drop, I get really excited. Why? Because I usually like those tracks better than the songs we actually get to hear first. I haven’t really been a huge CyHi Da Prynce fan. It’s not because I didn’t like him, but I feel like at times he gets overshadowed by dudes like Big Sean and Pusha T in the G.O.O.D. Music camp. This song caught my ear because of the beat. J. Mac crafted a dark guitar-heavy beat as CyHi tells us all about himself. It’s a pretty cool little “freestyle” and such a shame it won’t make it to The Ivy League Club. That’s fine; at least the world got to hear it and now we all learned a little bit more about CyHi (at least I did). Now I’ll definitely be checking for him the next time around. – Kathy Iandoli (@Kath3000)

Listen to “The Open Letter (Freestyle)” by CyHi Da Prynce

Genesis The Greykid – “A Thought”

Two of my trusted friends in this industry hipped me to this video early last week. Jake at Rhymesayers Entertainment (@JakeMoney) and Amir at Blame The Label (@BlameTheLabel) hit me within minutes of each other to discuss this out-of-nowhere rhyming sensation Genesis The Greykid. I love the headphone Rap quality here, with a deep honesty. Like some of the rising stars of the last three-to-five years, Big K.R.I.T., Fashawn, Has-Lo or Jay Electronica, this is about content, honesty and heart. Mind you, this is the only Genesis song I’ve heard so far, but I’d buy an album on the strenth of this thorough Creative Control video. This is Hip Hop that makes me feel young again, and an emcee who’s words I can strongly relate to. “Again and again.” – Jake Paine (@Citizen__Paine) 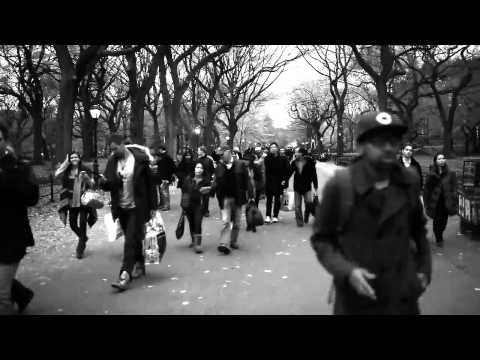