N.O.R.E. stopped by “The Cipha Sounds & Peter Rosenberg Show” on Hot 97 to settle his differences with Rosenberg.

Noreaga originally said he had a problem with Rosenberg because he failed to respond to a text about him being on the morning show in a timely manner. N.O.R.E.’s scathing message in response warned Rosenberg to get security to protect his safety.

“I also apologize for it, but it’s 50 percent apology because I really do mean this. I don’t know if I can name names so I won’t,” he said. “But every morning show in the past, I have been a part of the morning show. I am a charismatic character. I know how to put me in the right position, I know how to handle myself, I’m not going to curse, I’m not going to do dumb things. I always want to be a part of it. This is where I built my career.

“At the end of the day, I’m not asking for spins,” he continued. “I’m asking to be a part of what’s going on, to be part of what y’all been a part of.”

He said that when he offers his services and someone else comes to the station in his place, he isn’t pleased about it. He notes that it happened recently with David Banner, and that it occurred with Mobb Deep last year.

“This is not the first time I tried to be a part of this. I hit him last year around the same time and wanted to come up, I wanted to do it. You had Mobb Deep up here,” he said. “I’m a human being at the end of the day. When I ask for something and you put somebody in my place, whether you’re looking at it like that or not, at the end of the day, I’m a man. This dude don’t got respect for me.” 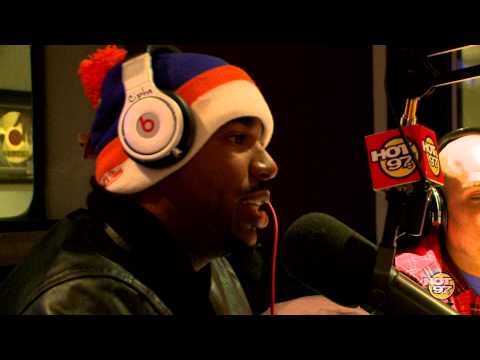