Last fall, Juelz Santana revealed that he planned to drop his Reagan Era mixtape on a holiday, followed by his Def Jam album Born to Lose, Built to Win in December. But after both projects failed to surface, the Dipset member now assures that fans will have plenty of new music to add to their collections.

During an interview with RTNY (via HHNM), the Harlem, New York native revealed that Reagan Era will release next month and that he will drop a sequel before putting out Born to Lose, Built to Win in the fourth quarter of 2012.

“Everything’s coming soon. Reagan Era coming soon, sorry for the wait. I’m back though. I’m ready to go,” he said. “The album is coming after the mixtape. I’m probably going to do two mixtapes – I am going to do two mixtapes before my album. The album is still titled Born to Lose, Built to Win. Long awaited. Still going to be on Def Jam Records. That’s going to come at the end of the year though, fourth quarter, after the second mixtape, Reagan Era Pt. 2.”

He also addressed his hiatus from Hip Hop and how he’s only dropped verses for the past few months on other people’s tracks. Santana makes mention of his recent performance with Dipset at Paid Dues 2012 and says that everything is cool with the squad.

“Things normal. Everything is good. Me and Cam, we just did our first show on the west coast the other day. That shit was crazy. Five, ten thousand people out there. They don’t make them like us no more. It’s perfect time for my kind. Took a little hiatus if that’s what you wanna call it, but I ain’t really go nowhere.” 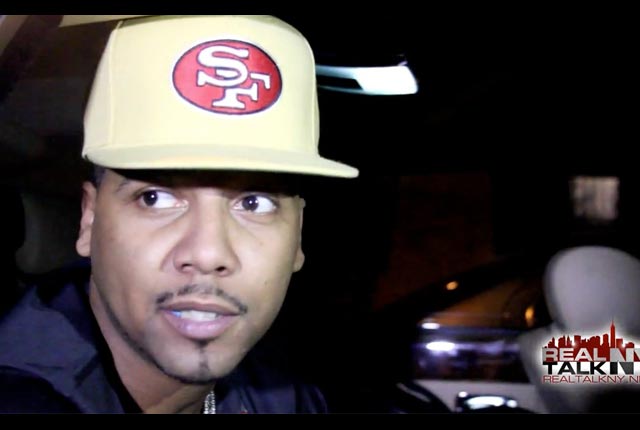