During his performance yesterday at Paid Dues 2012, Kendrick Lamar ran through his Scoop Deville-produced single “The Recipe,”

K. Dot began the performance acapella, conducting a call-and-response with the audience before the beat kicked in. It marked the first time that the West Coast rapper has performed the song live, which comes on the heels of premiering the silky cut on the radio last week.

In addition to Kendrick gracing the stage, Dipset, Odd Future, Wu-Tang Clan and more performed during the festival.

Watch a clip of Kendrick running through “The Recipe” below (via CSNoWheaties.com). 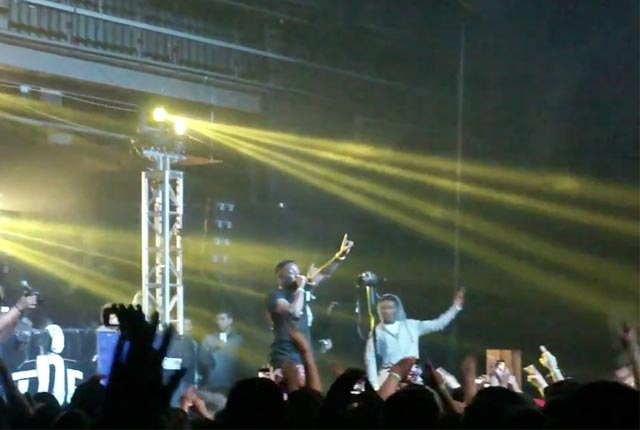