Drake Explains "The Motto," Says Y.O.L.O. Is Real & Speaks On Friendship With Rihanna

During a recent interview, Drake opened up about his friendship with Rihanna and what Y.O.L.O. means to him these days. He also shared what “The Motto” has done for people and why he feels it is “rebellious.”

When asked about Rihanna’s support at a recent concert, Drake shared that he’s always happy to see her. Thought rumored to be a couple in the past, Drake maintained that the two are friends by calling her his “dog.”

“That’s my dog,” he said when asked about her during the Tim Westwood interview. “It’s always love. It’s great to see her.”

He went on to explain why “The Motto” has become so popular with fans.

“Rap, Hip Hop and music in general has always been about being young and feeling young and kind of feeling a little rebellious and feeling like, ‘Let’s live to the fullest.’ That’s what music has always done for me. It has caused that energy to surge through me. I think that’s all Y.O.L.O. is.”

To add to this, Drake shared that he has recently been Punk’d by another person rumored to be in a relationship with Rihanna, Ashton Kutcher. He shared that he was in fear of losing his life during the prank and added that Y.O.L.O. is “real” for him these days.

“I thought I was gonna die, man. Punk’d used to be about getting angry but the new Punk’d is like, ‘Hey, man, are you gonna have your life at the end of this? Who knows?’ I thought I was gonna die to the point I was calling my mom…To have that moment of realization and accepting, ‘Damn, I guess this is it.’ To have life after that, the last few days, I’ve just been like, ‘Yo, let’s do it! You want to stay in the club until 4 am? Let’s stay because I don’t know when this shit is about to be over.’ Y.O.L.O. is definitely a very real thing in my life these days.” 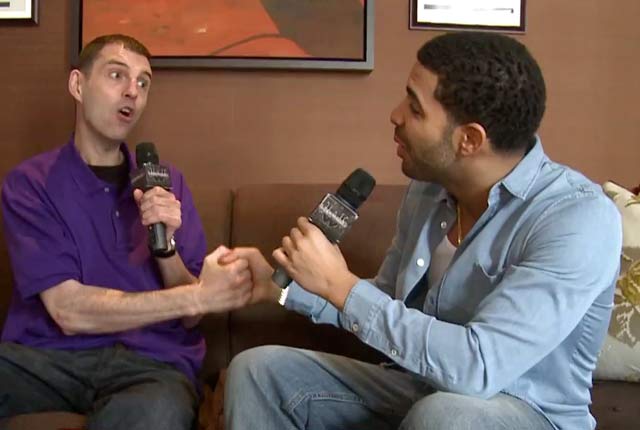