MTV recently caught up with Game to talk about his upcoming mixtape California Republic. The Compton rapper gave a few details on the impending project, saying that he’s enlisted the likes of Rick Ross, Drake, Waka Flocka Flame and more for guest features.

“I’ve got a mixtape coming called California Republic, so everybody from Waka Flocka to Meek Mill, Wale and [Rick] Ross and Drake [will be on it] – just callin’ in Hip Hop favors to get my fans some free music,” he said. “Basically, California Republic, it’s an umbrella. People come here to do music, a lot of stars are in and out of town for countless awards and what not and everybody appreciates the California sun and everything under it. From the good green, the women, ya know, just our lifestyle. That’s pretty much what it’s about.”

Game also spoke about his tentative plans to part ways with his label Interscope Records. He says that he has been considering moving to an independent label, but that he’s worried about losing a lot of the assistance that he had at Interscope.

“Independent – that seems like a really, really good move where I can capitalize off of all the finances being made off of my music for once,” he said. “But, I don’t know, I kinda like having a lot of help, a lot of assistance from a big label. I don’t know, maybe we’ll have a meeting about a lot of money or I’ll be talking to my conscience.”

UPDATE: Game has revealed the cover art for his upcoming mixtape California Republic, releasing soon. Check the artwork below (via HHNM). UPDATE #2: Game has revealed the trailer for his mixtape California Republic, which will feature guest appearances from Drake, Lupe Fiasco, Pharrell and more. 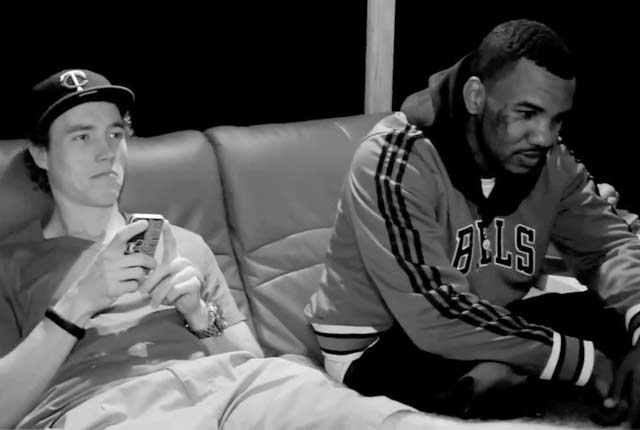