Nas Says "Hip Hop Has To Thank God For Jay-Z"

The relationship between Nas and Jay-Z has gone through ups and downs. The two were acquaintances before becoming foes in their infamous 2001 feud. Years after sparring via bars, the emcees patched things up and became partners when Jay-Z signed Nas to Def Jam. Recently, Nas was asked to speak on Jay’s legacy. In response, Nas noted that the culture of Hip Hop should be thankful of what Jay-Z has accomplished in his career.

“Hip Hop has to thank God for Jay-Z,” Nas acknowledged in an interview with Peter Rosenberg. “The fact that that he’s doing what he’s doing is a an awakening call for all of the Gods and Earths to wake up and understand that this generation is bigger than what we can even fathom. He is one of the only ones out of the whole community that we grew up in, from the Run DMC days, who’s taken this shit seriously, taken this shit very seriously musically and businesses wise. That’s powerful. So you’ve gotta respect him.”

Nas went on to add that his generation of Hip Hop is still setting trends and taking a stance to speak out.

“We died to get here. My blood is in the soil of this country. This generation of Hip Hop, we’re making a stance. We’re saying what we gotta say. We didn’t graduate Harvard. We didn’t graduate Princeton. Nothing against them niggas…Yeah, they niggas, too. They ignorant as fuck. But, we real niggas that made it. We set trends. Niggas is tastemakers, whatever the fuck that means. We’re that. We’re that and then some.”

Nas’ statement on Jay-Z can be heard in the clip below. 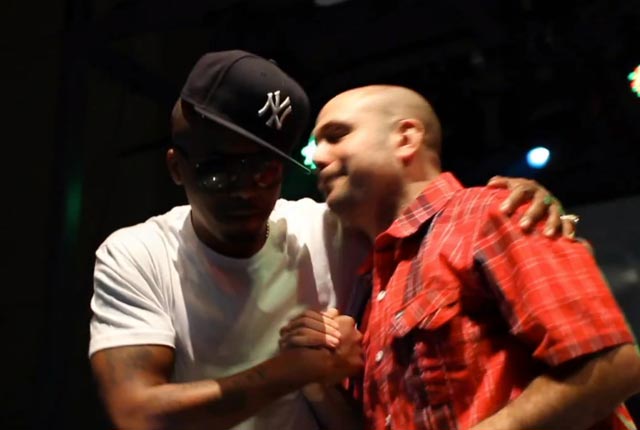