After releasing Blue Slide Park last year, Mac Miller’s been working on a series of rumored projects with many talked about guests. During a recent interview with Fuse, Miller clarified what his next projects would be, what they were about and spoke on why he has chosen to work with artists like Cam’ron and DJ Jazzy Jeff.

“It’s really different,” Miller said of his upcoming mixtape, Macadelic. “It’s a lot deeper than a lot of my projects in the past. A lot of the projects I did, it was always like, ‘I need to make a project so I need the party songs and I need the serious songs and I need the fun songs.’ For this, I just wanted to say what I wanted to say. I didn’t think about who was going to like it or if it was going to go crazy. I just wanted to get some stuff off my chest.”

He continued by explaining that making the tape was a therapeutic experience.

Without confirming reports of a joint project, Miller also said that he has been working with Cam’ron.

“Cam’s just always the homie,” he noted. “He’s gonna be on Macadelic. We got music together and we talked about doing a bunch of different things but that’s just my homie right now…That’s just my fam right now, but we’ll see what happens.”
One person he will be working with on a joint project is DJ Jazzy Jeff. According to Miller, the two will put out a mixtape by year’s end.

“Jeff and I have a legendary mixtape that’s gonna come out called ’92 til Infinity. It’s gonna come out, I’m hoping, in the summer. We’ve just got to sit down and do it all. It’s really the project that I think a lot of people have been waiting for from me. It’s just that straight Hip Hop project.” 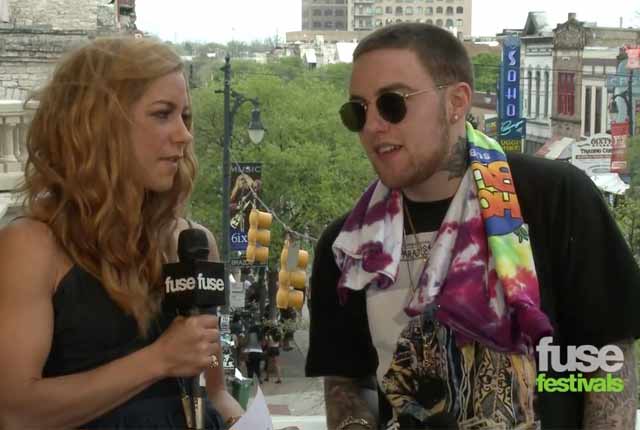