While in Austin, Texas for SXSW, 2 Chainz revealed that his Def Jam Recordings debut will no longer be titled T.R.U. to My REALigion. Instead, during an interview with FUSE, the Playaz Circle member has announced a new title for his LP.

“I recently changed the album and the new title of my album is Based on a T.R.U. Story.”

Much has been made of 2 Chainz and his past as a member of Ludacris’ DTP label. However, 2 also addressed why he left the crew and how his decision made Ludacris feel.

“I wanted to be my own boss,” he shared in an interview with Fuse at SXSW. “To me, I wasn’t going anywhere. It had a glass ceiling. So, I just wanted to get on my own, start over, from the ground up with the hustle.”

Chainz was then asked how his decision to part ways made Ludacris feel.

“As far as how [Ludacris] felt when I wanted to do my own thing, for the most part, he gave me his blessings. But it is a business so he wanted some, so I gave it to him because I wanted to leave. So, it is what it is.”

Last night, 2 Chainz made headlines by inviting Kanye West and Big Sean on stage during his SXSW show. Footage from the Fuse interview can be seen below. 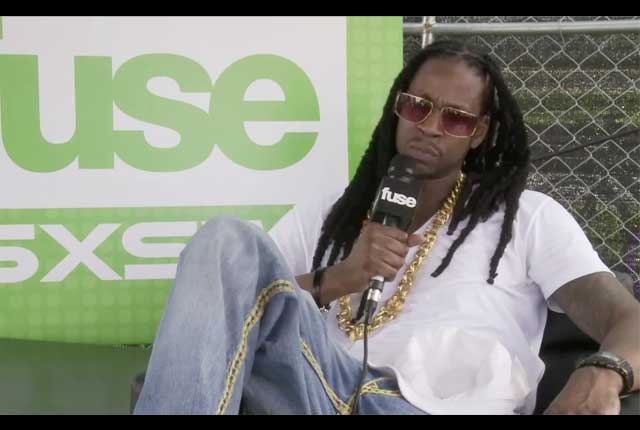