Big Sean is currently at work on his sophomore album, the follow up to last year’s Finally Famous: The Album. For the project, the G.O.O.D. Music rapper says that he has already gotten production from Kanye West, KeY Wane and No I.D., and that Wiz Khalifa and ‘Ye drop verses on the LP.

“Yeah, there’s going to be some Kanye production. We had a couple of Kanye productions for the first one but they didn’t make the cut. One got sample clearance, couldn’t get the sample cleared in time, and the other one we just didn’t think it fit the album. Yeah, we got a lot of stuff on deck,” he told Bootleg Kev.

The Detroit, Michigan native also spoke on a concept song he has with No I.D. Though he wouldn’t get into the specifics of the record, he promised that it’s an inspirational cut that will “change the world.”

“No I.D., we’ve got a song that’s going to change the world. It’s very inspiring,” he revealed. “The inspiration, when you’re inspired, when you get inspired, that’s the best thing to do, through your music. I could tell you it’s an inspirational record that’s going to change the world. One verse, I rap from a perspective and the other, I rap from a crazy perspective. It’s a concept record, it’s crazy.”

Compared to his debut, Sean says that fans will be able to appreciate his growth. He considers himself a much better rapper now, and plans to take his music to “another level.”

“I think it did the right thing. Now, I can take it to another level with the artistry, and that’s what I’m really excited about, to be able to grow from there and go hard. I feel my new music is more reminiscent of my earlier work, only way better because I’m a way better rapper now. So I think that’s the best way to do it, to really take me back to what got me to where I am and just take it to another level.” 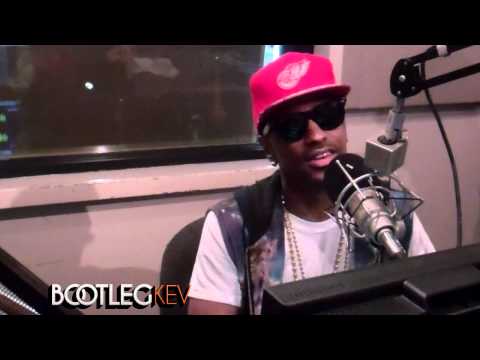 RELATED: Big Sean Gives Take On “MTV’s Hottest MCs” List & Who Could Be In First Place