While in Los Angeles for the 2012 Grammy Awards, Philadelphia rapper Meek Mill took some time to fill fans in on the latest happenings in his music career as part of a video blog posted earlier this week. The video blog also included footage of the Cash Money Records pre-Grammy party as well as Meek’s performance at Hollywood nightclub Club Colony.

In his video blog the former Grand Hustle artist revealed that the title of his debut album will be Dreams & Nightmares and that it will likely be released sometime this summer.

“We out in L.A., Grammy weekend. On our way to Club Colony to do our thing. MMG we in the building. You already know man. I ain’t get no Grammy’s this year, but next year it’s gonna be a wrap,” said Meek in a video posted on HipHop-N-More.com. “[I’m] dropping my album in 2012. This summer, Dreams & Nightmares. They don’t give it to me I’m gonna take it. That’s how we ride. Cause we want it all.” 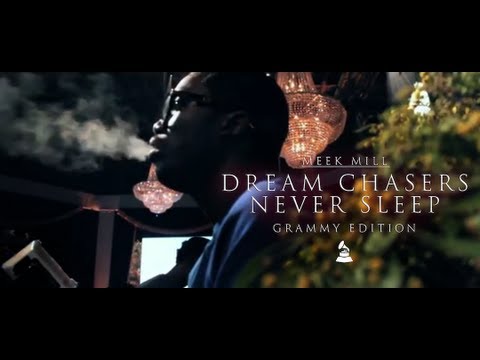 UPDATE: According to HHNM, Meek Mill’s debut album Dreams & Nightmares, which was originally slated for release on August 28th, is now slated to hit stores on October 30th. The follow-up single to “Amen” is scheduled for release in the upcoming weeks. UPDATE #4: The tracklist has been revealed for Meek Mill’s Dreams & Nightmares (via UHTN).