The Weinstein Company has announced that Sean “Diddy” Combs will serve as executive producer on a remake of the Oscar-nominated documentary Undefeated.

Diddy will serve as producer on the original version of the film, which sees a limited release on February 17th. Undefeated, nominated for an Academy Award this year, is a “coming-of-age verite-style documentary centering on several young student-athletes and the volunteer coach who guides them through a rough, yet rewarding, football season in northern Memphis.”

The Bad Boy mogul has previously served as producer on A Raisin in the Sun and Notorious, as well as the television shows “Making the Band” and HBO’s “P. Diddy Presents the Bad Boys of Comedy.”

“I am excited to partner with Harvey Weinstein on this incredible project. Undefeated is a great American story with a lot of heart and soul. It had a profound effect on me and I couldn’t get it out of my mind when I saw it. There is so much truth and so much hope in this film, and I feel passionately that everyone who sees it will be inspired,” said Diddy in a press release. 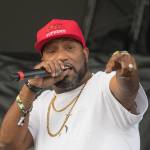