Big Boy Recalls Being A Bodyguard For The Pharcyde Before he was a popular radio personality, Big Boy lived up to his name as a bodyguard for the Pharcyde.

In an interview with allindstrom.com, Big Boy recalled how he got his start guarding the LA collective. “The Pharcyde, they came out to New York and they had a little situation out in New York, and when they came back, they were like, ‘we need security.'”

“I was always that level-headed guy, and back then I was four hundred-plus pounds then,” he explained. “Always good on my feet, always good with my hands. I was already into martial arts then. They just asked me to go out on the road with them. The Pharcyde was easy to bodyguard. They weren’t the shoot-em-up, kill-em group. So we just had fun out on the road.”

Though the Pharcyde certainly did not fit the gangbanging mold of many other West Coast Hip Hop acts, Big Boy was able to point to at least one memorable altercation. He set the scene, explaining that the altercation took place in a small town in Ohio. “We walked [into a bar] after the show…and I look over to one of my guys, and it looks like he’s having a problem. So he walks back over, and he keeps looking back, and I’m like, ‘Rick, what’s going on?’ So he told us, ‘Hey, man. These cats over here on the n-word stuff.'”

“Words were going back-and-forth…and I didn’t want to get the group into any animosity, so we got them back into the hotel. …When we got the green light [from the road manager], I put on my steel-toed, my guy put on his, and we went back in there and gave them a real LA ass-whoopin’.”

Watch the interview below, spotted at hiphopwired.com: 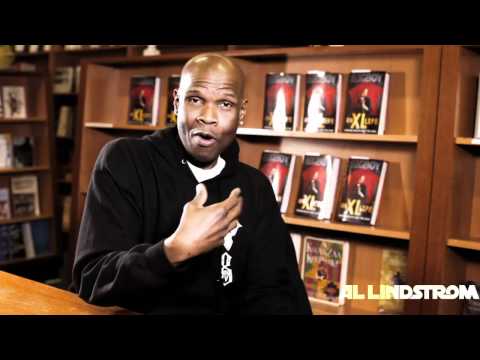 RELATED: The Pharcyde, Foreign Exchange & Anthony David To Play The 2011 One Musicfest