J. Cole Speaks On Grammy Nomination, Says He Had Once Lost Hope In Being Nominated

As a first time Grammy Awards nominee one would expect rapper J. Cole to be brimming with excitement, but during an interview with the Associated Press J. Cole explained that while he is grateful to be nominated he’s more concerned with continuing on to the next move.

The rapper will join the likes of Bon Iver, The Band Perry, Nicki Minaj, and Skrillex as a nominee for Best New Artist at the Grammy’s.

“I feel blessed of course, first and foremost, but I’m already back to work. I’m already on to the next one. I’m grateful for everything that happened, but I’m not satisfied,” Cole explained. “There’s still accomplishments that keep happening from the work that I put in last year and the last two, three years. The single goes platinum, the album goes gold, Grammy nomination but those are just reminders of the work that I did. But that’s in the past. I’m already on to what’s the next move. That’s my mind state.”

Cole went on to explain that he was quite intent on releasing his album, Cole World: The Sideline Story, before the Grammy deadline.

“Around the time of ‘Work Out’

Despite the rush to release his album before the Grammy deadline, J.Cole revealed that come nomination time he wasn’t very confident about the possibility of his project receiving any nominations.

“I thought my album was that good. But then the crazy thing is even though I thought that when it was time for the Grammy’s announcement for the nominations to come out I really, truly had already given up,” the rapper revealed. “I was like ‘Ah nah.’ It didn’t feel right. I didn’t think they saw, I didn’t think anybody really noticed or whatever but they did.”

Other Hip Hop artists to be nominated for a Grammy Award this year include Kanye West, Nicki Minaj, Jay-Z, and Lupe Fiasco. 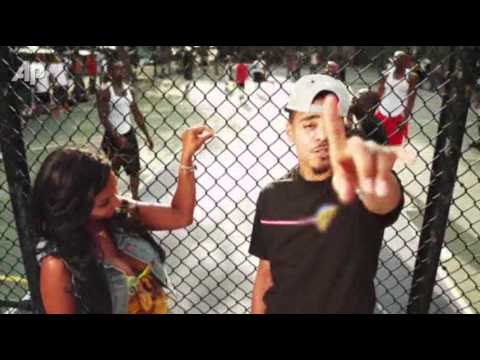