VladTV recently caught up with Raekwon to talk about the legendary Wu-Tang Clan’s career and their legacy as of late. During the interview, the Chef explained that he personally feels the Clan hasn’t been as active as a team as of late due to differences that arose out members’ solo success.

He explained that when the Wu was first working together, there was a certain energy and hunger that unified the nine members behind the W. But as members branched off with their own projects, certain emcees’ solo fame led to divisions within the group that ultimately hurt almighty Wu’s effectiveness as a team.

“What I really miss is that energy from my brothers. We were young, we were child stars at that time, but I miss being around niggas and laughing in the studio…just, every line that come out niggas, everybody’s head lift up like, ‘Oooh,’ and everybody’s head go down and get back in that pen and pad,” he said. “To me, it just created a force and I’ma tell you something – and I ain’t told nobody this – but I feel like in a way, us doing solo things hurt us [as a group]. I never told nobody that, y’all niggas the first ones to know. When we had something so pure and so solid together, it could’ve been structured more togetherly. It could’ve been more stronger if we knew it had to stay like that. But when we allow[ed] each other to do us, some did better than others and when some did better than others, it caused a certain kind of reaction in the whole movement.”

He added, “It wasn’t like nobody was trying to out-do each other, because we all was nice, it was just that some probably worked a little harder and some did more things and some was just playing his part. You can’t be mad at it; the nigga is playing his position and when it’s time to go shoot and you say, ‘Yo, shoot!’ – ‘Aight, shoot – bong,’ but not being a slinger. To me, when we did that, it kinda like put us in a more competitive situation with each other instead of focusing more strongly on the brand. The brand is so big just as a team, it’s like when we did that, it jumped into some ego shit – which normally happens, but what I’m just trying to say is if we would’ve stayed more tighter, we probably would’ve had about 30 albums right now.” 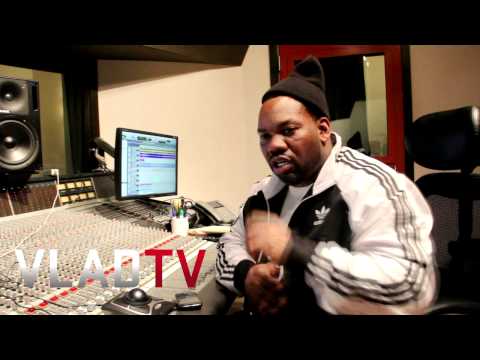