Rapstress Azealia Banks has announced that she signed a deal with Universal Music Group to release her debut album, tentatively set for a May or June release.

The Harlem, New York native has racked up a healthy buzz over the past few months, beginning with her breakout hit “212” and follow-up tracks “Liquorice”

Banks was previously signed to XL Recordings, who stalled her project before releasing her from her contract.

UPDATE: Azealia Banks has revealed that her debut album Broke With Expensive Taste will release on February 12, 2013.

UPDATE #2: Azealia Banks’ Broke with Expensive Taste will likely be released in 2014. Banks recently revealed the tracklist for the album in a post via Instagram. “2014” written beside the album title.

The image of the tracklist can be viewed below.

Banks has also said that she will release a single off her second album, Fantasea II, before her first album (Broke with Expensive Taste) is released.

Oooooooh I just got permission to release songs from Fantasea II since the albums almost in!!!!!!!

Broke With Expensive Taste is album one. Fantasea II the second wave is album two. CONFUSING RIGHT?…. I know.

HA I’m crazy I’ve been working on like three albums all at once.

And yes I’m really gonna release a song from my second album before my first is even out.

UPDATE #2: The release date, cover art and tracklist for Azealia Banks’ Broke With Expensive Taste have been released.

The cover art and tracklist for the project, which is slated for a November 7 release according to HotNewHipHop, are as follows: 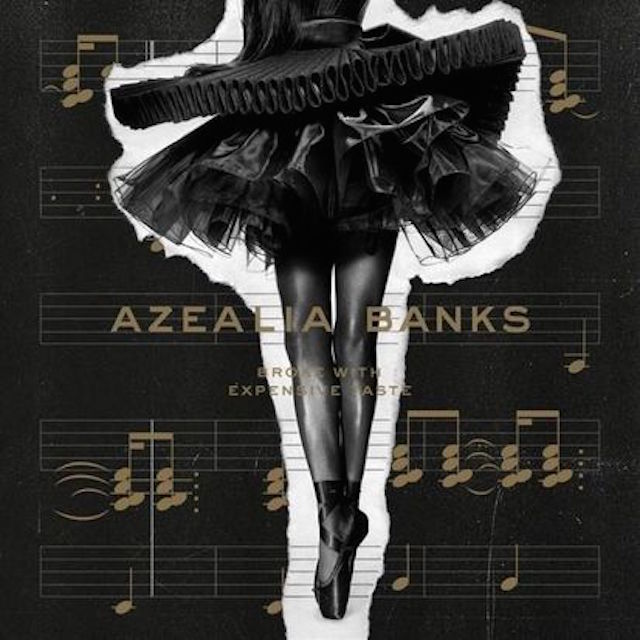 UPDATE #3: The stream of Azealia Banks’ Broke With Expensive Taste album has been released.