Back in May, FOX News criticized the White House for inviting Common to appear during a night of poetry, stirring up controversy in the Hip Hop community. Speaking with Rolling Stone, Com explained that he understood that the attack was part of the network’s bigger picture political agenda and that it inspired him to stay true to who he is for his latest LP, The Dreamer, The Believer.

“Did the FOX News hoopla change anything that I was doing? I can’t say that it did,” he explained. “When it first happened, I was really kind of wondering what was going on, because I was working on this independent film called Luv, and my friend texted me and said, ‘Yo, don’t worry about what they’re saying about you.’ I was thinking it was a rumor like I was dating this girl or that.

“I found out what FOX was saying and it didn’t hit me personally,” he continued. “It was just that I was caught up in this political crossfire, and I looked at it from that perspective.”

He explained how the criticism actually helped him become more aware of his integrity and how he funneled that into his music.

“The irony is, I went even more in tune to what I’m about and thought even more with me knowing that I was blessed to go to the White House and blessed to do my poetry at the White House and I still got invited throughout all the hoopla. I realize that I’m a Hip Hop artist who has to express my freedom to speak and my style and who I am. I didn’t censor my lyrics to say, ‘Man, if I say this, I’m not going to be invited to the White House again. I won’t be accepted by these people.’ I just really tried my best to stay true to who I was, and it really came out on this album.” 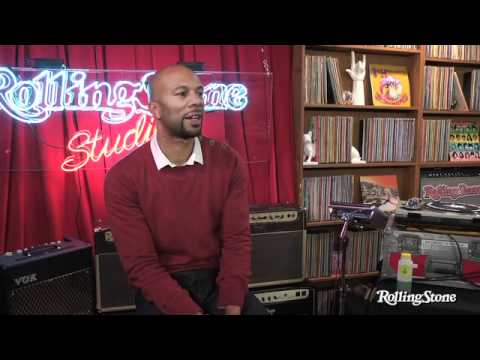 RELATED: Common Says He Overcame “Low Point” To Record “The Dreamer, The Believer”