Upon the release of his new “Distractions” video, Talib Kweli spoke to HipHopDX about why the song was so important for him. The Black Star emcee shed light on why he name-checked the Kardashians and why he’s not just pointing fingers on the cut. Kweli also spoke on the chemistry and bond he shares with Yasiin Bey (formerly known as Mos Def), adding more details about Black Star’s upcoming Aretha Franklin project.

“I met Mos Def as a fan,” he explained when asked about their group chemistry and their mutual respect. “When I first met him, I was a fan of Urban Thermo Dynamics, the group he was in. So, I always had respect for his craft. But, we didn’t meet because of that. We met because we had children the same age. Our children’s mothers became friendly and we just started hanging out family-wise, you know? That’s how we met and then became like brothers so the music came out of that.”

The music has not stopped coming. The two performed together for Rock the Bells this year and also spent more time together on their own tour. As a result, they dropped new music from upcoming projects. Currently, Yasiin and Kweli are working on new material but as Kweli explained, they are working with freedom at the moment.

“We are just in the process of recording over beats we like,” he noted. “We were recently inspired by listening to some Aretha Franklin music, to do an Aretha Franklin project. Whether it’s a mixtape or album, I’m not sure. At this point, we’ve recorded three songs on it, songs based on her samples or inspired by her. These projects don’t have a home. We’re both independent at this point.”

His own solo work is also being prepared. With a new album out early next year, Kweli has already released a video for his single, “Distractions.”

“Prisoner of Conscious is my solo record. It’ll be on Blacksmith and EMI. We’re looking to put that out in March. We put out that song ‘Distractions,’ which is really the first official song that people get to hear off this album. We have a video for it that we filmed at Occupy Wall Street, actually. I’m just trying to set up that release right now.”

One of the most talked about lines from the album’s first single was one where the BK emcee name checked the Kardashian family. “How you keeping up with my rapping? You barely keeping up with Kardashians. You caught up in distractions,” he rhymes on the track. When asked about the line, Kweli shared that he harbors no animosity for the Kardashian family but explained why he chose to use their name in the verse.

“So much has happened with Kim Kardashian since I wrote that song,” he shared. “I wrote that song about a year ago. I don’t watch reality TV but apparently there’s been a lot of Kardashian shows, I guess there’ve been a bunch of spin-offs with the sisters and whatnot. But, I remember when Keeping Up With The Kardashians [first] came out. To me, it was just incredible. I used to party in L.A. a lot so I used to see Kim Kardashian in the party scene. Then, she had the sex tape, but her, her mom and that family, they really flipped that shit. So, my whole thing is, I always kind of respected the hustle. But, whether I respect the hustle or not, the fact that people pay so much attention to something they claim they don’t like, it represents something very interesting about the country. To me, she represents one of the biggest distractions. She’s obviously talented at something and very smart. She’s a beautiful, beautiful girl, these are beautiful women. But, they’ve been able to create a media empire, like a frenzy, to the point where we’ve watched a fucking fairy tale wedding. Now, people are starting to feel bitter or turned off because of the wedding thing. But, no disrespect to her or her family, but it’s more speaking to the state of the country. People are really caught up in distractions and she’s one of the biggest examples.” 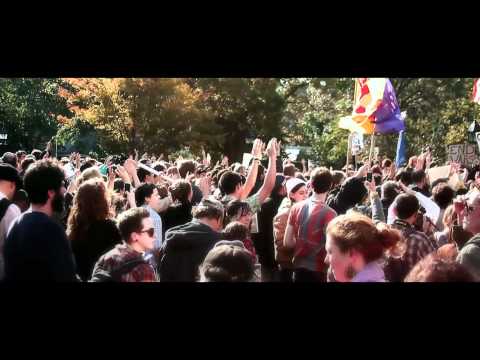 Kweli also noted that the song is not intended to be one that solely points fingers to others. As he shared, the track highlights his own fights with distractions in his life.

“The record was for me. I get caught up in distractions. I may not be distracted by Kardashians but there’s other things that distract me that  I probably have no business spending time and energy on. That’s like a rallying call for myself, as well. It’s not just me pointing fingers at people. I pay attention to bullshit sometimes. I get caught up in distractions too.”

In fact, Kweli wasn’t even going to release the track. According to him, the song was not going to be on his next album, but the Occupy Wall Street movement made him think twice about adding the song to Prisoner of Conscious.

“That song wasn’t fitting the direction of where that album was going but then I kept listening to it and doing the Occupy Wall Street really made me be like, ‘Okay, I really need to put this out.'”