Mac Miller Speaks On Possibility Of Signing With A Major With Forbes.com

Mac Miller was recently included in the 2012 Forbes “30 Under 30” list, stopping by the New York City, New York offices to chop it up with the publication. During the interview with Forbes.com, the Rostrum Records rapper spoke on if he would ever sign with a major label, stating that he doesn’t see that type of partnership in his immediate future.

“So my whole thing is, I’m more into keeping independent because I’m more into working with people who I know very well,” he said. “But if I reach a point where there’s things I can’t do, which we haven’t reached that point yet, but if I ever reach a point where there’s something I can’t do and I need some help with a major, who knows. I’m not anti-major, like I hate the majors. I’m not that type of person.”

He also spoke on comparisons to other rappers like Eminem and Wiz Khalifa, projecting that after a certain amount of time, he’ll be looked at for what he brings to the table.

“People are going to call me Eminem maybe cause I’m white, or Wiz ‘cause I’m from Pittsburgh and that’s my friend. But I don’t really worry about comparisons, because when it’s all said and done, there will be no more comparisons. I’m a 19-year-old kid and fairly new at this.” 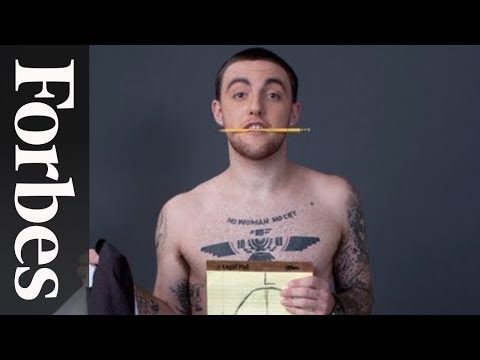