Drake Says "The Motto" Video Will Release This Week, Speaks On Acting Roles Drake recently performed at 94.9’s WiLD JAM, taking some time before his performance to speak with the station. During his interview, he revealed that the video for “The Motto”

featuring Lil Wayne will most likely arrive this week after its post-production is complete.

“I love the Bay. I shot ‘The Motto’ video out here, and I saw the cut today which looks absolutely incredible,” he said. “It’s going to coloring on Tuesday and then it’ll be done. We actually shot it on real film, because a lot of people don’t do that anymore. We’ll probably drop it at the end of the week, I’m excited about that.”

The former Degrassi cast member also spoke on his return to acting, explaining that he’d like to appear in a comedic film. Though nothing is set in stone, Drizzy revealed who he wants behind the camera for his big screen debut.

“I love comedy and comedic timing. But I just want to do a good comedy film, whether it’s a Judd Apatow dry humor film. I’m definitely shaking the right hands and meeting the right people.” 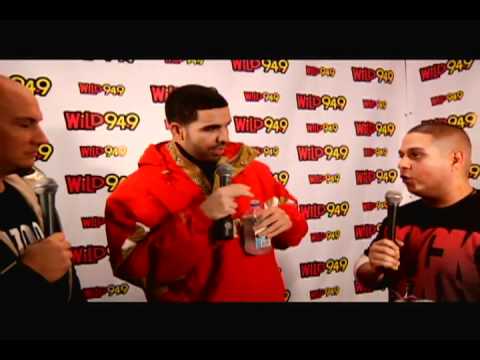