With new work on the way, B.o.B recently sat down to speak on his upcoming work with T.I. and his new single, “Strange Clouds.” Bobby Ray spoke with Nitecap about why he felt Lil Wayne fit the new single and how T.I. came out of prison “recording like Tupac.”

Speaking on “Strange Clouds,” B.o.B noted that the song’s hook made itself during the writing process.

“I didn’t know the song was going to be ‘Strange Clouds’ when I made the verses,” he explained. “When I did the hook, it kind of opened up. The clouds opened up. So, I felt like Wayne-he has a good connection with the cosmos and for clouds at the same time-I felt he would really give the song even more life.”

Moving on, he also shared some news on his upcoming work with T.I. and added that they are working on The Man & The Martian project, a collaborative release.

“As soon as [T.I.] got out, he was recording like Tupac. He had like 13 songs on the first or second day he was out, no exaggeration at all. I’m like, ‘Man, this is crazy.’ We actually got a chance to start working on The Man & The Martian project. He’s on the album, Strange Clouds. I got to work on some of the stuff for his album. It’s really just like a warehouse, just making music,” he added.

For more from the interview, check the video from Nitecap below. 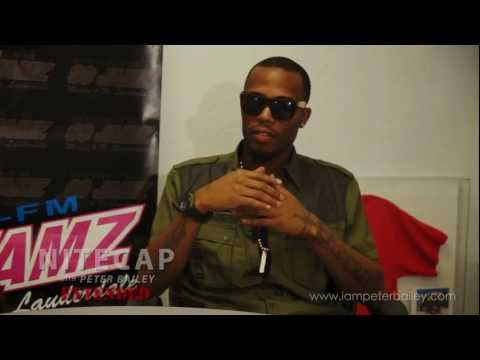 RELATED B.o.B Explains Theme Behind Potential “The Man And The Martian” Album With T.I.