With M.O.P.’s collaborative project with Snowgoons, Sparta, out in stores now, the Brownsville Bombers reflected back on their stint with G-Unit.

“In my opinion, when you’re doing as much work as 50 Cent was doing at that time, it’s hard,” explained Billy Danze in an interview with VladTV. “And he’s not a selfish dude by any means. But every artist wanna be the artist at the top.”

“It’s too much for you to run this huge career of your own and still work with guys like M.O.P., Mobb Deep, this one, that one,” he continued. “We already been in the game; we made our imprint. In my opinion, it was kind of hard for him to handle all of these groups at one time.”

Danze spoke candidly about fans’ perception of the move. “A lot of the fans didn’t appreciate it. You go online, you see everything that people are posting. They weren’t really happy that M.O.P. doing a deal with G-Unit, even though G-Unit was representing the street as well. They just wasn’t having it. And if we don’t have their support, then why are we doing it?” 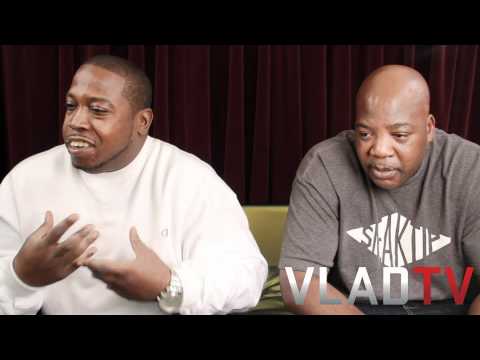