Fabolous Releases Cover Art For "There Is No Competition 3: Death Comes In 3's" Mixtape Fabolous has announced the upcoming release of There is No Competition 3: Death Comes in 3’s, the third installment in his TINC series.

The Brooklyn, New York native announced the tape via Twitter, but did not give a release date for the project.

Loso most recently released his S.O.U.L. Tape mixtape, while last year, the second installment in the TINC series became the first mixtape that Def Jam ever monetized. The label later repackaged it with the title There Is No Competition 2: The Grieving Music EP.

@myfabolouslife
Fabolous
There Is No Competition 3 – Death Comes In 3’s…. Coming Soon #TiNc3[
Nov 09 via TweetlogixFavoriteRetweetReply

UPDATE: Fabolous has released the cover art for his upcoming mixtape. 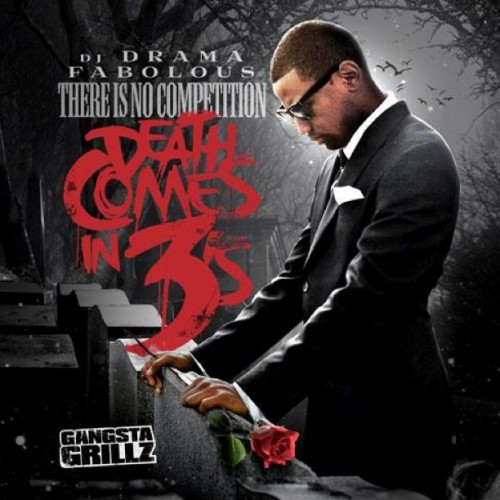