Yelawolf Shares His Thoughts On Occupy Wall Street, Working Class vs. "The 1 Percent"

Alabama rapper Yelawolf is the latest rapper to give his thoughts on the growing Occupy Wall Street movement. But rather than speak specifically on the movement the rapper expressed his thoughts on the working class and how important it is that they be protected.

“The nine to five worker makes the world go round and if you don’t protect them and really put them first you’re fucking up the foundation. And if the foundation’s fucked up the whole building’s gonna fall down,” Yelawolf explained to V6M. “And that’s where I’m at with that…We are the people that hold the country together. People that cook the food, clean the streets, lay the concrete, fight the wars, build the houses, dig the ditches, lay the bricks, build the tires, build the cars. Who else is gonna do that?”

Yelawolf revealed that prior to pursuing a career in music he too worked a nine to five like the majority of his family.

“All I’ve ever known is to go out and work. Before I was doing music I was doing nine to five work. I’ve always lived check to check,” said Yelawolf. “My family, my grandmother and my grandfather have always lived check to check. My grandmother retired from the food world, in the bakery. My pop-pop retired from Goodyear. My mom was a bartender her whole life. My pop drives a truck, hauls scrap metal. And any hierarchy that negatively affects the working man is fucked up. That shits got to stop.”

While Yelawolf expressed his support for the working class he didn’t knock the CEO’s and others in corporate America, but instead insisted that there has to be some kind of middle ground where everyone is respectful of one another.

“You can’t discredit some kid who went to Harvard, busted his ass to get a degree, became the CEO of a company. But neither one of them can forget one another. They both make the world go round. They have to just know how to coexist,” he explained. 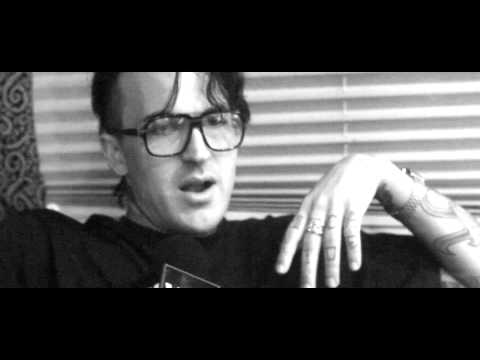