One of last week’s Slept-On song-makers cracked the charts. This week, attention is given to that emcee’s Melrose collaborator, as well as a side-project from a “Southernunderground” pioneer. Additionally, HipHopDX wanted to continue recognition and celebration of a Queens chef/emcee, who’s gearing up to release his second album of 2011, with a notable deejay/producer co-pilot.

This week emcee MarQ Spekt and Cunninlynguists producer Kno carved us off another piece from their upcoming Machete Vision project. As if it wasn’t already evident with “Roadhouse”

, the first Machete leak featuring Action Bronson, “All Smiles (Plastic Mask)” makes it clear that Kno isn’t looking to up the ante by going bigger with production more ethereal, more grand-scale and more cinematic than the last album from the ‘Lynguists. Just imagining that six months after the trunk-rattling grandeur that was Oneirology is enough to make your head hurt and probably Kno’s too. Instead he keeps things bold by going South of heaven and North of Lexington, Kentucky with streamlined production that achieves a kind of haunted grit. MarQ Spekt is relaxed just enough to balance the blades and corpses with penis french kisses from naked divas. He proves to be more than a foil for Kno, but rather one half of a genuine duo that has met in the middle, complementing each other and creating tracks that sound like a Prince Paul project falling right in between the Gravediggaz and Handsome Boy Modeling School. Machete Vision may be set in “the rubble of a post-apocalyptic Hip Hop landscape littered with bloodied man purses and tattered skinny jeans,” but it is also proves to be a solid entry in the single producer/emcee renaissance while keeping the art of the concept-album alive just a little longer. – Michael Sheehan

Listen to “All Smiles (Plastic Mask)”

by MarQ Spekt and Kno

This is the second Action Bronson track I’ve picked as “slept-on” but I don’t care. Action Bronson, in my opinion, is geared to lead the charge for the next generation of New York emcees, delivering that raw breed of street Rap coupled with local charm. The song “Cocoa Butter” is produced by Statik Selektah, and has a ’90s in the summertime feel. Maybe it comes a little too late considering it’s getting cold outside, but that doesn’t mean “Cocoa Butter” doesn’t withstand the elements. The dynamic thing about this track is that, yes, Action Bronson does sound eerily like Ghostface Killah. In this instance it brings up so much Ghost nostalgia, that it literally feels like a Ghostface track. That’s not to say it lacks originality. Bronsino cuts through the cocoa buttery beats with sharp lyrics, interjecting subtle humor (and food references) whenever he sees fit. Nina Sky on the hook adds a special something in a way that only they can (remember Alchemist‘s “Hold U Down”? Same thing). It’s nice to hear a truly New York track from rapper to singers (shouts to the Mass. producer). You can feel the city in the track, and it only makes you want to hurry the winter right into July. – Kathy Iandoli

There is so much interesting, art-forward music coming out of the West Coast for the last three years. While guys like Kendrick Lamar, Blu and Fashawn may be the student council of this new class, Terrace Martin is definitely an artist who was ahead of the curve. The veteran producer for Snoop Dogg, Kurupt and Murs is releasing Locke High 2 to iTunes this Tuesday. Only Terrace could possibly make a street-album intro this powerful, commentary on being focused on your art while growing up on some legendarily gangsta L.A. streets. As so many emcees make high school music, this is grown folks’ music that calls back to the high school experience. Like Section.80 or L.A. Riot, Locke High 2 could be another left coast digital release that earns  a spot at the top of the 2011 Rap table. 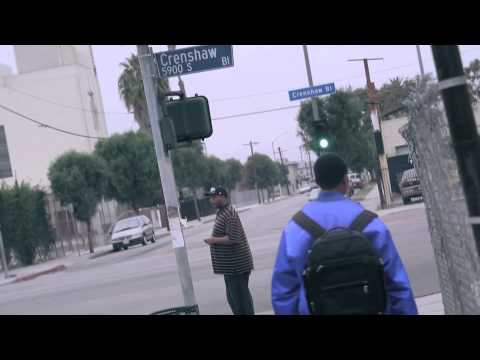