T.I. clearly has a way with words. Almost a year ago to the day, the Atlanta rapper talked a suicidal individual out of jumping to his death.

This past weekend, Tip was playing the role of peacemaker again, this time calming down a very angry Diddy.

MTV’s RapFix reports that during an event at club Compound, which Diddy MCed, the rap mogul became very angry, calling out a person inside the club for promoting a beverage other than Ciroc vodka, for which he is a stakeholder.

Things got heated as Diddy snatched the drink from the partygoer, after which the man approached the entrepreneur.

However, T.I. took the microphone from Diddy, and suggested that everyone relax, which diffused the situation. 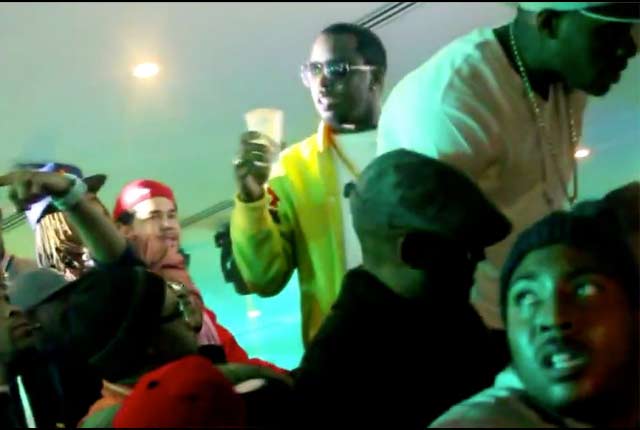 UPDATE: Last night, Diddy took to his Twitter account to apologize for going off on a patron at a nightclub this past weekend. During his rant, he asked for forgiveness and admitted wrongdoing for lambasting someone who wasn’t drinking Ciroc.

@iamdiddy
iamdiddy I said what u had to say and that’s the way I feel. Right or wrong. Don’t start no won’t be none !!!!
Oct 04 via UberSocial for BlackBerryFavoriteRetweetReply

@iamdiddy
iamdiddy I’m a child God and I should be better no matter what somone says to me. I’m sorry for the ignorant way I repesented myself and us.
Oct 04 via UberSocial for BlackBerryFavoriteRetweetReply

@iamdiddy
iamdiddy To all my childen of God … I have backslid and regressed. Forgive me for my ignorance. Pray for me pls. I know better and I am better.
Oct 04 via UberSocial for BlackBerryFavoriteRetweetReply

@iamdiddy
iamdiddy I have a responibility that I promise I will live up to. And I’m more dissapointed in myself than you know. I will humble myself and learn.
Oct 04 via UberSocial for BlackBerryFavoriteRetweetReply

@iamdiddy
iamdiddy bottom line is I’m sorry to all! Pls find it in your heart to accept my apology. I will do better and be Greater And a source of positivity!
Oct 04 via UberSocial for BlackBerryFavoriteRetweetReply

RELATED: T.I. Has Star-Studded Party To Celebrate His Release From Prison