During a performance a few nights ago in Miami Beach, Florida, Mos Def called on BET to pay proper tribute to Troy Davis at the 2011 BET Awards, taking place this weekend in Atlanta, Georgia.

The rapper, who recently announced a forthcoming name change to Yasiin, urged the network to show respect to Davis. “The BET Awards are happenin’ in Atlanta, Georgia, apparently this weekend on Saturday, right? I’m making a strong, serious recommendation and suggestion, in the interest of humanity and the rights of human beings all over God’s spaceship, Earth,” he said. “If you are doing or hosting this event in Atlanta, Georgia, right after this young man, Troy Davis, was brutally murdered in public for the whole world to see, you should definitely dedicate one part of your show.”

He specifically spoke to what BET should do to justly honor him, explaining that organizers have a responsibility to make his story heard.

“If it’s the opening, the beginning, the middle, or the end… Bring his mama out there, show her your support and show her some words of comfort and encouragement,” he said. “This is not the moment for your silence, BET! Or anybody else! And that goes to every peep from Oprah to Obama: When you get a free moment, call Troy Davis mama!”

Watch the video below (via That’s Enuff). 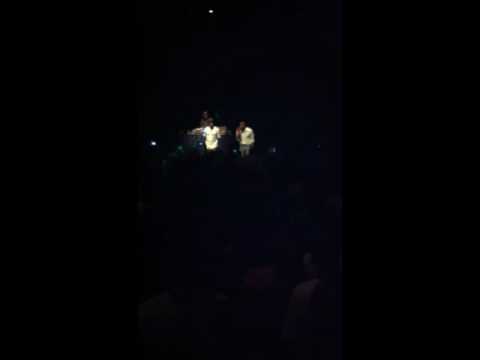