Wiz Khalifa recently caught up with Champ Magazine’s Mon Like the Canadian Klondike while on the Toronto leg of his Rolling Papers tour. During the interview, Wiz Khalifa answered a series of random questions about his personal life and daily habits. The Pittsburgh rapper started of by explaining his morning routine, saying that he wakes, bakes and starts on his business every morning. He also added he’s guilty of toking before brushing his teeth in the morning.

“I wake up like any old normal person, open my eyes and then I roll over and smoke some weed,” he said. “It’s either already rolled, or I roll it, or I put it in the bong and just like anybody else does, put fire to it and smoke, and then I start my day. I usually eat some breakfast, make a couple phone calls, check some emails and then the wheels are moving.”

He added, “I am guilty of smoking before brushing [my teeth]. Honestly if you’re gonna smoke and then brush so you can get [the smell] out of there, instead of brushing then smoking and dirtying it back up.” 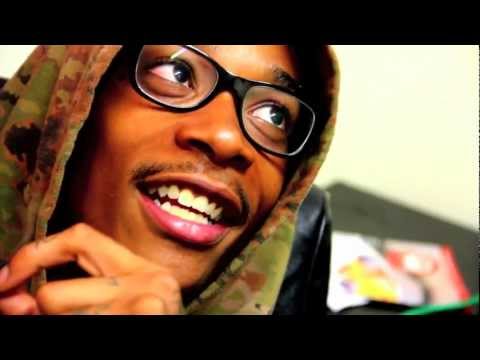