Fat Joe has revealed that he is gearing up for the release of his new mixtape The Darkside, Vol. 2, the sequel to his 2010 album. Speaking with XXLMag.com, Joey Crack said that his first mixtape will drop within the next three weeks and will sport a street sound.

“We have the mixtape The Darkside, Vol. 2,” he said. “We gonna drop the mixtape no later than two-and-a-half-weeks. That’s coming out super hard though. Not ever regular hard. It’s gonna be the hardest mixtape out; nothing nice about it. The mixtape is too hard. Shit coming out like what a street anthem mixtape should sound like. This is my first mixtape. We’re gonna put it out as a mixtape and hit the people with that raw, street, Joe Krill.”

Additionally, Joe is working on his new album, which is currently without a release date. He revealed that the first single, “Another Round,” features Chris Brown and is produced by Cool & Dre and Young Lad.

“Then we working on the album too. We haven’t named it yet. The first single with Chris Brown is retarded. It’s called ‘Another Round,’ produced by Cool and Dre and Young Lad. We got joints [on the album] produced by Rico Love; it’s sounding great. With the album, we’re gonna make that music that everyone can relate too. It’s still gonna be hard, but it’s gonna be hit mania. You know exactly what it is. The joint with Chris Brown is a super joint. I got another joint I’m trying to get Maxwell on. You know, I’m talking to the ladies. I lost that weight, I gotta talk to them.”

UPDATE: Fat Joe has revealed the cover art for his upcoming mixtape The Darkside, Vol. 2 via his Twitter page. 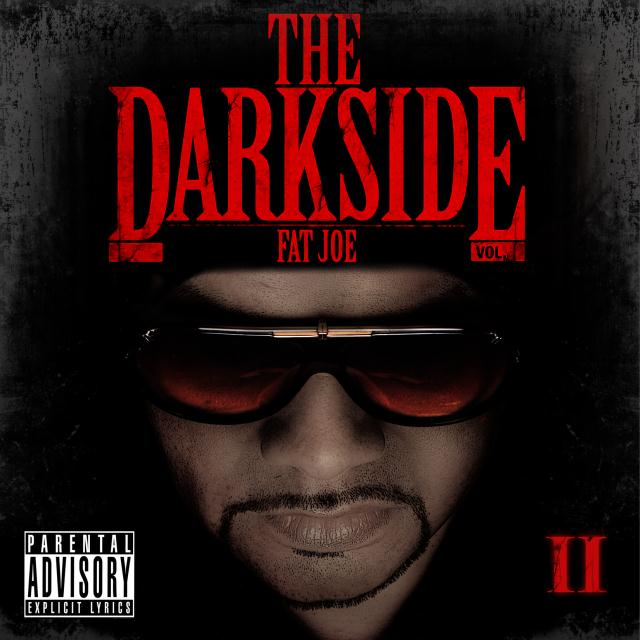