Game’s one-sided, but well-publicized beef with Jay-Z, has been a source of contention for the past few years, with the most recent jabs at Hov being delivered via the diss track “Uncle Otis.”

The Compton, California native has previously admitted that the “bad blood” between the two began to boil after one particularly upsetting conversation he had when he first met Jay-Z, about seven years ago. And this week, he finally shared a few more details about the encounter.

During a clip from the upcoming web series “The Next 48 Hours with The Game,” Chuck Taylor is questioned by radio personality Big Boy about the root of his issues with Hov. “I met Jay-Z a long time ago in the 40/40 Club and he seemed like a cool dude and I asked him something—‘How do you stay relevant?’—and I ain’t really like his answer. So ever since then I just kinda take shots here and shot there,” Game said.

Since that tidbit had already been public knowledge, Big Boy continued to press for more details on what Jay actually said that was so offensive. Game tried to avoid the question, replying, “I’ll tell you off air, anybody else who wants to know, just follow me on Twitter and ask me,” but eventually he gave in and wrote the answer on a piece of paper. Apparently, Game figured that with someone else reading it out loud, it was less likely to “stir up something crazy.”

According to Game’s hand-scribbled note, this is the response, from Jay-Z, that triggered a few years worth of mudslinging: “Most of you new rappers won’t last long anyway, maybe you should think of another lane.” 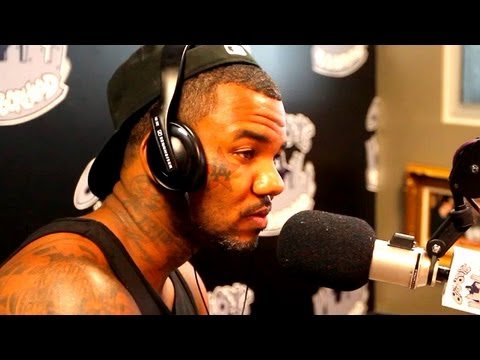