With nearly a month before T.I. is released from prison, DJ Drama explained that he’s been emailing with him and that he has a few new projects in the works. During an interview with Montreality, Mr. Thanksgiving revealed that upon completing his bid, Tip will release a new book.

“Tip’s good, we talked via email about two weeks ago. I told him I had a record for him. He should be home in a couple of weeks, he’s ready to get back to work,” he said. “I know he has a book in the works, and definitely the music, expect some good records.”

T.I. recently wrote an open letter to fans that he posted on his mixtape, promising that he’ll return to music with a hunger like he was just starting out.

“When I touch down, I’m going all the way back to square one, like I’m fresh in the game and never sold a record. Back on some I’M SERIOUS, TRAP MUZIK shit… But until then RESPECT to all who deserve it.”

UPDATE: Fresh out of prison and on house arrest, T.I. has officially inked a deal with Harper Collins to release his first book, Power & Beauty, this October. According to AP, the novel, co-written with David Ritz, is “a fictional tale about two childhood friends torn apart by dangerous dealings on the streets of Atlanta.”

UPDATE #2: The cover image has been released for T.I.’s upcoming novel Power & Beauty, due October 18th. 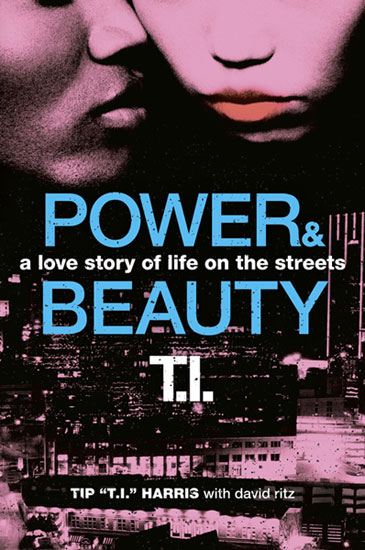